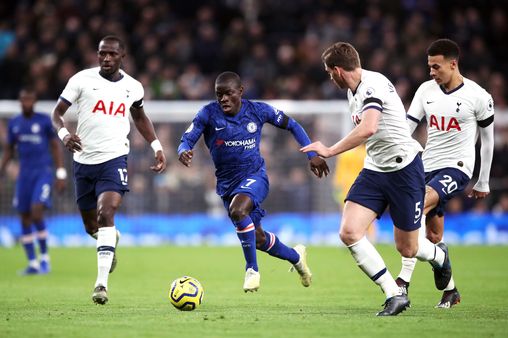 Tottenham Hotspur To Face Chelsea In Carabao Cup 4th Round

London rivals Tottenham Hotspur and Chelsea will do battle in the fourth round of thisseason’s Carabao Cup, it has been confirmed.

The fixture was confirmed after Spurs were awarded a bye in the Carabao Cup, following their third round tie against Leyton Orient which was called off because of an outbreak of Covid-19 at the League Two club.

The EFL have ruled that the win will be awarded to the visitors in accordance with rule 5.1of the competition rules, which covers those teams who do not have sufficient players to fulfil a fixture.

Hence, Spurs advance to the fourth round and will take on Chelsea on Tuesday next week.

Orient hoped to reschedule the match – which would have earned them £150,000 in television and sponsorship revenue – but the EFL has decided Spurs will advance.

The League Two club’s head coach Ross Embleton said: “We’re devastated that this has happened but this club is used to setbacks.

“It’s really important that players, staff and supporters stick together through tough times.”

An EFL statement read: “In accordance with Carabao Cup Rules, Tottenham Hotspur have been awarded with a bye to progress to Round Four of the Carabao Cup and will now play Chelsea on Tuesday 29 September

“The Round Three tie scheduled for Tuesday 22 September between Leyton Orient and Tottenham Hotspur could not take place following the issue by Waltham Forest Borough Council of an order preventing the match being played as planned.

“This followed a number of Leyton Orient players testing positive for COVID-19.

“The EFL Board has determined that in line with Carabao Cup Rule 5.1, the Club was unable to fulfil its obligations to complete the fixture by virtue of the Council’s order and shall therefore forfeit the tie.”

Orient’s league fixture against Walsall on Saturday has been postponed as a result of the positive Covid-19 cases.

Spurs fans did their bit to help Orient recoup some of the lost revenue from the game, spending over £20,000 on merchandise in the club shop.