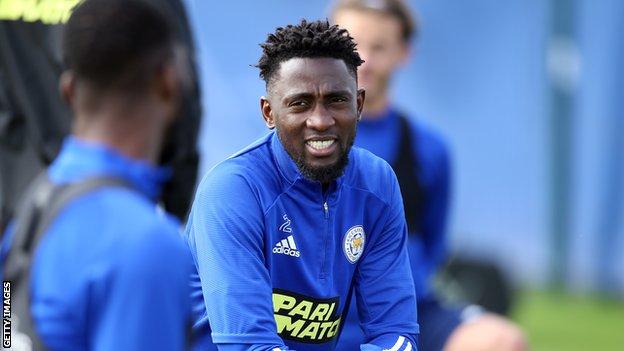 Wilfred Ndidi could miss ‘six to 12 weeks’ of action after picking up an abductor injury, according to Leicester City manager Brendan Rodgers, Completesports.com reports.

Speaking following Leicester’s 2-0 Carabao Cup Third Round defeat by Arsenal, Rodgers told the media that Ndidi sustained the injury during the 4-2 Premier League win over Burnley at King Power Stadium.

Ndidi, who has played at centre-back in City’s two 2020/21 Premier League matches, was not involved in Wednesday’s clash.

Rodgers said: “We’re just waiting to hear more on that, but he could be anything between six and 12 weeks. It’s an abductor which may have come off the bone.

“It’s quite a nasty injury, so we’re waiting to see if he needs an operation or not. If it’s an operation, then he’ll be at least 12 weeks.”

Ndidi has been operating as a makeshift central defender for the Foxes so far this season in the absence of the injured Jonny Evans.

He will miss the Super Eagles friendly games against Cote d’Ivoire and Tunisia in October.