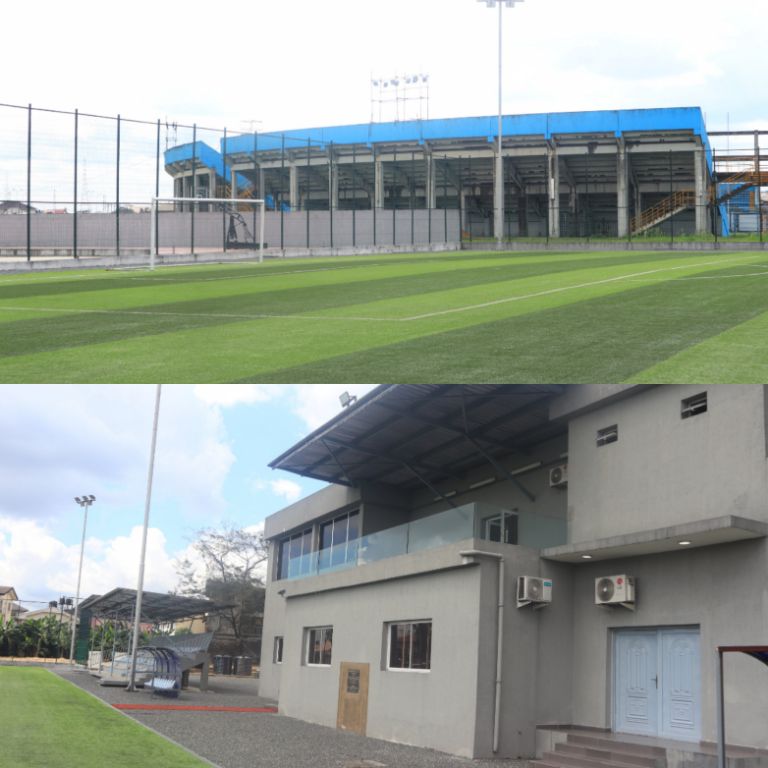 Iyaye stated this when he visited the Real Madrid Football Academy ahead of official resumption, on his way to the Rivers United Football Club Camp, shortly after inspecting the progress of work on the football pitches of the Adokiye Amiesimaka Stadium in the company of his Permanent Secretary, Sir Honour Sirawoo, and members of SWAN in Rivers State.

According to the Commissioner, the Real Madrid Football Academy Port Harcourt is comparable to any in the world in terms of facilities, content, curriculum and product.

He expressed satisfaction with the quality and pace of work so far; pointing that he was short of words as to how to thank Rivers Governor, Nyesom Wike for such initiative and commitment to deliver a world-class facility for future generation.

“I never thought it would be this huge when we started this project. I am really short of words to thank the governor, he has made sure that funds are provided for this iconic project and I am sure that our indigenes would be proud of this Football Academy.

“You have seen the hostels, the classrooms and all other facilities being put in place, this is a great legacy and we thank the Governor for what he has done. If some of us had this opportunity, perhaps we would have done great in football,” he stated.

The Rivers sports boss stressed further that he sees future Lionel Messi and Cristiano Ronaldo coming out of the academy, while disclosing that even with a formal request for admission yet to be advertised, over 1,000 applications have been sent to the academy to underline acceptance amongst Rivers people and Nigerians at large.

Iyaye revealed that the academy is hundred percent owned by the Rivers State Government and is the first Real Madrid Football Academy franchise in Africa with a focus on academics and football development.

Earlier, the Special Adviser to the Rivers State Governor on the Real Madrid Football Academy, Barr Chris Green had taken the Commissioner, Permanent Secretary in the Ministry of Sports, Sir Honour Sirawoo, and sports journalists around the facility.

Green noted that the methodology of the academy would be comparable to the best in the world, adding that the dream and vision being bequeathed to Rivers youth would secure their future.

“This academy will provide for the future of our youths, bring them out of the wood, create jobs and wealth for a vast majority of them. This will be a place for serious business, where the students would be given the best of content,” he said.