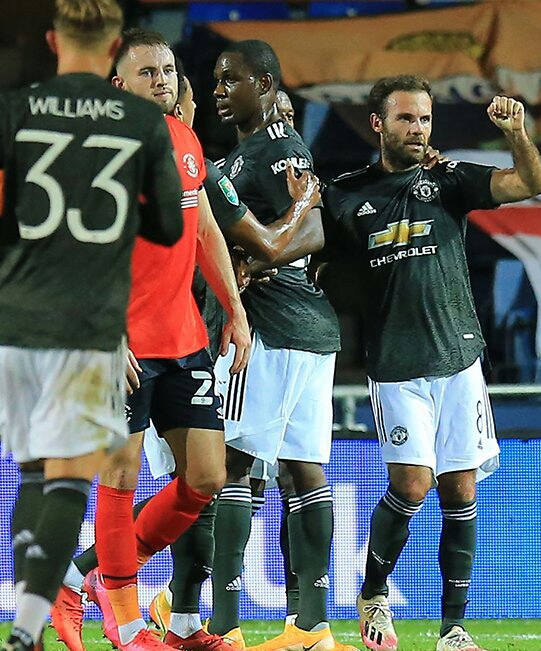 Odion Ighalo was in action for Manchester United who defeated Luton Town 2-0 in the third round of the Carabao Cup on Tuesday, Completesports.com reports.

The former Super Eagles striker made his first start for United in the game before making way for Mason Greenwood on 78 minutes.

The last time Ighalo scored for United was in a 2-1 win at Norwich City in the FA Cup back in June.

In Tuesday’s game, Juan Mata opened scoring in the 44th minute from the penalty spot before substitute Marcus Rashford made it 2-0 on 88 minutes.

At the Hawthorns, Semi Ajayi was not listed in West Bromwich Albion squad that got eliminated by Brentford.