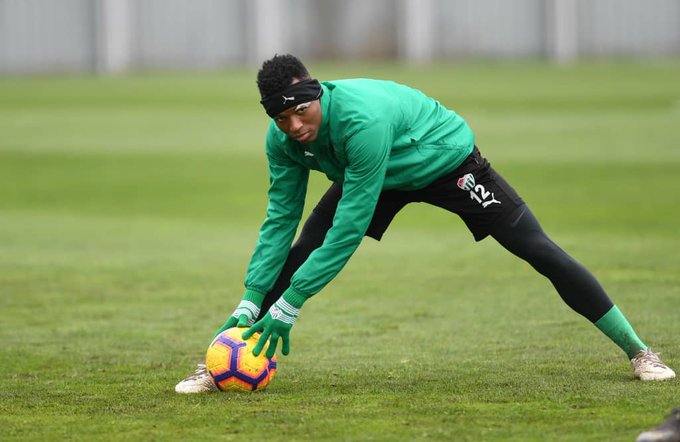 Nigeria defender Shehu Abdullahi is ready for a challenge after announcing his exit from Turkish club Bursaspor, reports Completesports.com.

The versatile defender spent two and a half years at Bursaspor following his arrival from Cypriot outfit Anorthosis Famagusta in January 2018.

Bursa were relegated from the Turkish top-flight in the 2018/2019 season, but he shunned offers to remain with the club.

Abdullahi in an emotional letter thanked the fans for their love and support throughout his time at the club.

“After two and a half years at Bursa city with over 60 games, beautiful and ugly moments, it is time to say goodbye,” Abbdullahi stated.

“A difficult decision, but the time has now come to move on.”

“I am really grateful to the Bursaspor fans and family for their support throughout my time at the club.

“To everyone at Bursaspor, I want to say goodbye.

“You will always be part of who I am and I wish Bursaspor the best of luck.”