Marseille are reported to be interested in signing the versatile striker from Belgian Pro League champions Club Brugge.

Villas-Boas has however denied that his club have put in an official bid for Dennis.

“That is not true, I have never heard that in my life”, Villas-Boas told Téléfoot.

“We don’t have any reports on him. He’s neither on our first list nor on our second list. He’s not on our priority list at all.”

The 22-year-old has been a subject of interest from clubs in France, England, Turkey and Germany. 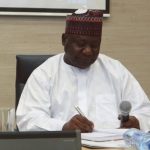 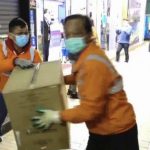