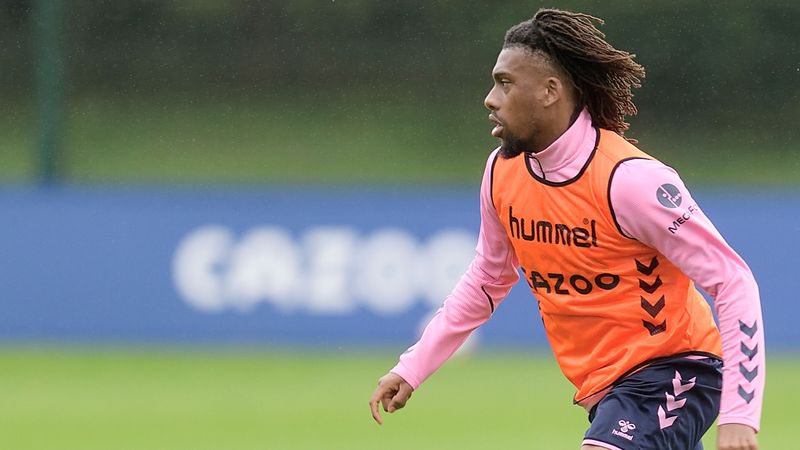 Iwobi Recovers From Injury, Available For Everton Vs West Brom

Everton winger Alex Iwobi is in contention for selection this weekend after recovering from a slight knock, reports Completesports.com.

The injury kept him out of the Blues’ victories against Tottenham Hotspur and Salford City.

“@Jarradbranthwa1
and Mason Holgate will be #EFC’s only absentees on Saturday, with
@alexiwobi
back in contention after recovering from a slight knock,”reads a tweet on the club’s Twitter handle.

Iwobi will start the game from the bench with manager Carlo Ancelotti expected to stick with majority of the players that defeated Spurs away last weekend.

The 24-year-old scored once in 25 league appearances for Everton last week.

Everton will be without Jarrad Branthwaite , Mason Holgate and long-term absentees Jean-Philippe Gbamin and Cenk Tosun for the game.