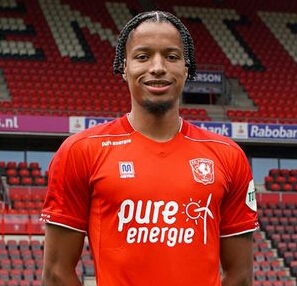 The 24-year-old completed a season-long loan move to Twente from Portuguese giants Benfica with an option to buy.

He did not have the best of times at Benfica since joining them in 2018 from ADO Den Haag, no thanks to injuries which saw him miss the entire 2018/2019 season.

And commenting on his move, Streuer said:“It is great that we can add Tyronne Ebuehi to our selection.

“In his time at ADO Den Haag, Tyronne has shown to be a talented player. It is not without reason that he was selected for the national team of Nigeria and played at the 2018 World Cup.

“In his first year with Benfica, Tyronne had a difficult season due to an injury, but last year he made his appearance for Benfica B He is top fit and will hopefully be able to fully join our selection soon.”

Twente won their only Dutch Eredivisie title in the 2009/2010 campaign under former England coach Steve McClaren.

They were crowned Dutch second division champions in 2018/2019 which saw them gain promotion back to the Eredivisie.

Prior to the cancellation of the league in the Netherlands due to the coronavirus outbreak, Twente were in 14th position in the 18-team league table.

They will kick-off the new league season at home against Fortuna Sittard on September 12.