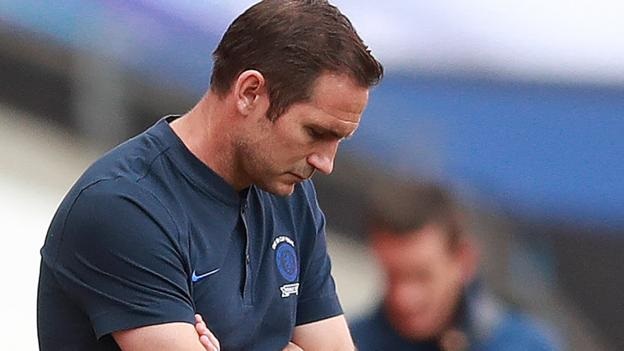 Lampard: Chelsea Will Get Better

Frank Lampard insists Chelsea are still very much a work in progress after their elimination from the UEFA Champions League on Saturday.

The Blues were humbled 7-1 on aggregate by Bayern Munich in the last 16 fixture.

Lampard ended his first Chelsea season with two disappointing defeats, the 2-1 FA Cup final loss against Arsenal and Saturday’s 4-1 second-leg defeat by Bayern, and the club legend insists nobody should be under any illusion about their current situation.

Speaking to BT Sport, Lampard said: “It’s not a slight work in progress, It is a work in progress. It is not the norm for Chelsea. In the last 20 years we had players, teams with prime [Eden] Hazard and [Diego] Costa, prime [Petr] Cech, [John] Terry and [Didier] Drogba. Competing for the Premier League title year on year, getting to finals and semi-finals regularly. We know that’s not the case [now].

“We lost the best player in the league pretty much in Eden Hazard. People would not normally commend coming fourth for Chelsea, we want more but the feeling is we have achieved something with the group we have. Now is the time to think where we can improve.”