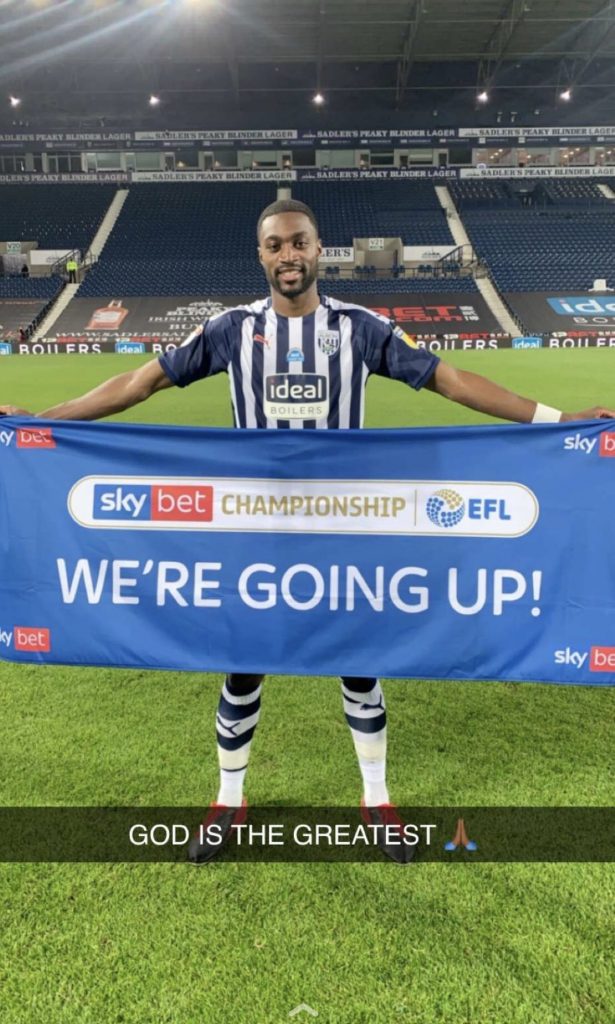 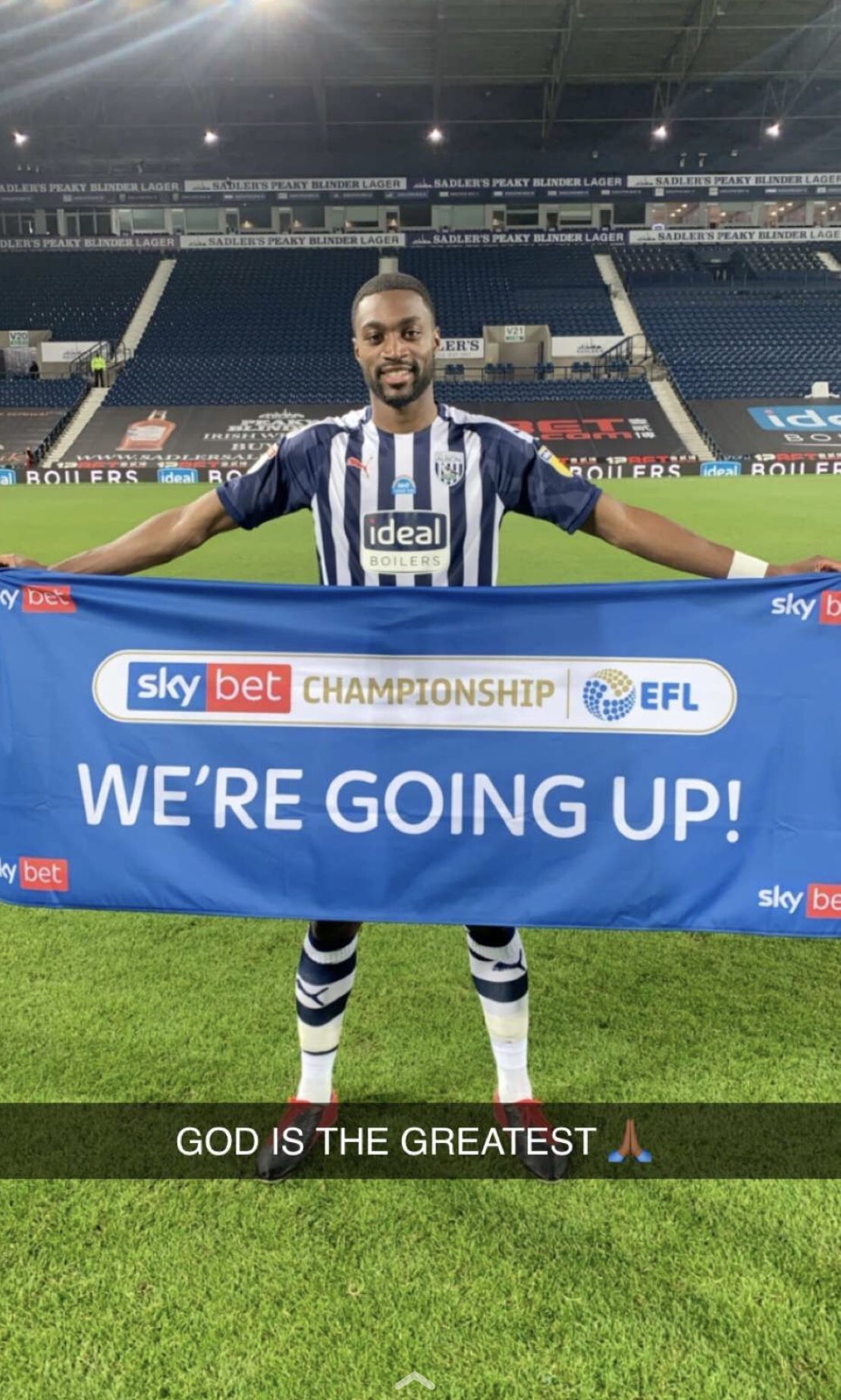 The Baggies are making a return to the Premier League after two years in the Sky Bet Championship.

Slaven Bilic’s men were held to a 2-2 draw at home by Queens Park Rangers on Wednesday night.

A delighted Ajayi took to the social media to celebrate the club’s return to the English top-flight.

“God is the greatest, Premier League, we did it,” Ajayi posted on Instagram.

The versatile defender scored seven goals in 47 appearances across all competitions for West Brom.