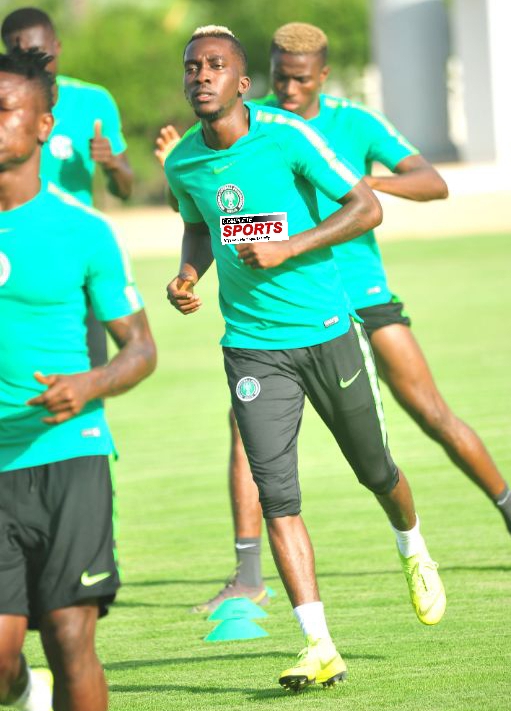 Nigeria striker Henry Onyekuru says playing well with his club is no guarantee of a call-up to the Super Eagles.

“I don’t think the national team is based just on performances at the club, the coach knows his first eleven,” he explained.

“He (Gernot Rohr) is the type of coach who doesn’t change when everything is going well. I’m there to contribute but hopefully I will get the chance someday.”

Onyekuru says he is however determined to prove his doubters wrong after a stuttering start to his professional career.

Now at French club AS Monaco, work permit issues meant that he did not play a single competitive game for his former club Everton.

Despite that setback Onyekuru is still determined to fulfil his ‘boyhood dream’ of playing in the English premier league.

“We have our plans but then life brings its own plans, but I am still working on it, and hopefully I will be back soon, maybe not with Everton but surely in the Premier League,” he insisted.

Onyekuru first hit the headlines in the 2016-17 season when aged 20, he scored 22 goals for Belgian top-flight team KAS Eupen.

Since then the 23-year-old has signed two long-term deals, firstly with English side Everton in 2017 and then last year at French club AS Monaco, with both teams sending him out on loan.

In January he was loaned, for a second time, to Turkish giants Galatasaray, where he spent the 2018-19 season while on the books of Everton.

With his second spell at Galatasaray now at an end Onyekuru is now looking forward to taking his chances at Monaco alongside the likes of Senegal’s Keita Balde and Spanish World Cup winner Cesc Fabregas.

“I have been with players like Keita Balde from my days at the Aspire Academy, Cesc Fabregas is a top guy, who welcomed me when I arrived at the club, it’s like going back home,” he said.

“Monaco are a big club they know how to work with their players when it comes to transfers, just look at Anthony Martial.

“I hope to make a good season or two and hopefully the future will be bright.”

He also insisted that his move to Everton in 2017, which came as he decided not to join French giants Paris St-Germain despite completing a medical, did not come too early in his career.

The English club immediately loaned him to Belgian club Anderlecht, where his time was interrupted by injury.

“It didn’t work out because of the work permit, we African players need 75% appearances in the national team to play in the Premier League,” he explained.

“A lot of people might think I am not good enough (to earn enough caps), and don’t know it had a lot to do with my injury, but that’s what it is, I just have to keep working hard.”