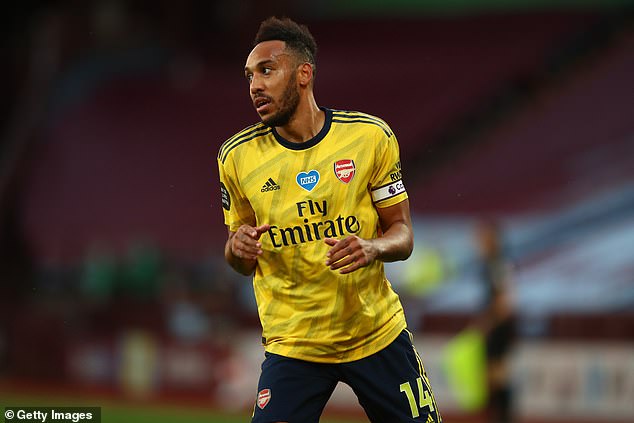 Arsenal are ready to offer club captain, Pierre-Emerick Aubameyang, a new £250,000-a-week contract in a bid to keep him at the club.

Aubameyang has one-year left on his current deal but Mikel Arteta is desperate to keep the Gabonese star as he considers him vital to making the club top-four contenders once more.

And according to The Telegraph Arsenal, are set to put their improved contract offer to the striker in the next few days but must convince him they are willing to back Arteta in the transfer market.

Aubameyang currently earns £198,000-a-week but improved offer would still see the 31-year-old on less money than the club’s highest earner Mesut Ozil, who is on £350,000-a-week.

The former Borussia Dortmund striker has been linked with a move to Barcelona as well as other European clubs including Inter Milan and Manchester United.

But Aubameyang has formed a close relationship with Arteta since the Spaniard took over in December and is willing to consider signing a new deal at the Emirates.

The Gunners will have another season without Champions League football and are set to finish outside the top six for the first time since 1995.

They can still qualify for the Europa League by winning the FA Cup and doing so may convince the forward to sign the new deal.

The Telegraph’s report claims Aubameyang will need assurances that the club are willing to buy into Arteta’s vision with financial backing in the next transfer window.

The Arsenal boss may have to raise funds by selling but he was adamant he has the full backing of the club’s board following their defeat by Aston Villa on Tuesday.

Fans had flown a banner which called for owner Stan Kroenke to leave the club over Villa Park with a message that read ‘Back Arteta, Kroenke Out’.

Arteta said: “I have full support from the Kroenkes, the board, the sporting director and we are putting a very strong plan together to try to do as much as we can in the shortest period.”

Aubameyang has 20 Premier League goals this season and is three behind top scorer and Leicester City’s striker Jamie Vardy.