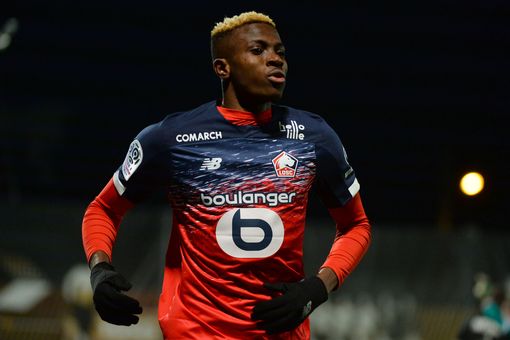 Amunike: Osimhen Can Become A Big Star At Napoli

Former Super Eagles winger Emmanuel Amunike says Victor Osimhen will be a big hit at Napoli should his proposed transfer to the Serie A club go through, reports Completesports.com.

Osimhen, 21, is expected to join Napoli from French Ligue 1 club Lille in the coming days after weeks of intensive negotiation.

The young forward enjoyed a stellar campaign with Lille last season, scoring 18 goals and providing six assists in 38 outings across all competitions.

Amunike tutored Osimhen during the striker’s time with the Nigeria U-17 side that conquered the rest of the world at 2015 U-17 World Cup in Chile.

Osimhen was top scorer at the competition with 10 goals.

Amunike believes his former player can make a name for himself in Italy if the move go through.

“I state with fact that changing league and country once again, after Germany, Belgium and France will allow him (Osimhen) learn about a new reality and further mature both as a man and as a player,”Amunike stated in an exclusive interview with TMW.

“Then it is clear that Napoli is one of the most important clubs in Italy, with a great history and great fans.

“Osimhen has everything to become a favourite of the blue fans in the coming years. He will only need to a little time to adapt.”