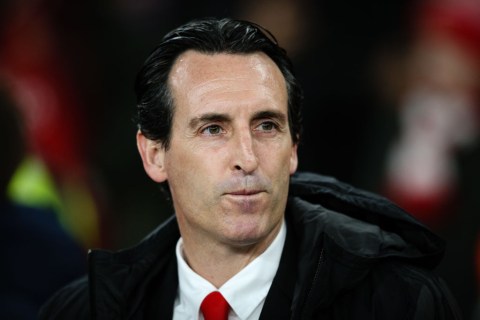 Former Arsenal manager Unai Emery is set to become the coach of Samuel Chukwueze at LaLiga club Villareal, sources have confirmed to ESPN.

Emery has been in talks with the Yellow Submarine for several months.

An announcement is imminent in the next few days and Emery is expected to sign a three-year contract.

The 48-year-old has been out of work since he was sacked by Arsenal in November 2019 after 18 months in charge.

He has considered a number of options since then, and held discussions about a return to the Premier League as well as a move to Italy’s Serie A, before deciding on a return to Spain.

Villarreal finished fifth in La Liga, qualifying for the Europa League, and ended the season with a 4-0 win over Eibar on Sunday.

They have impressed under coach Javi Calleja since competition resumed in June but at that point negotiations with Emery were already at an advanced stage.

ESPN learnt aside Villarreal, Real Betis were in contact with Emery in recent months before they appointed Manuel Pellegrini.

Villarreal have a reputation for being well-run and punching above their weight, and Emery believes they offer the opportunity to build a long-term project with aspirations of regular European football.

The location, close to the city of Valencia, also suits him for family reasons.

Emery has a track record of success in Spanish football, establishing a reputation at Almeria before taking charge of Valencia in 2008 and guiding them to three consecutive third-placed finishes.

A brief spell at Spartak Moscow was followed by a successful three seasons at Sevilla, winning the Europa League in 2014, 2015 and 2016.

His two years in charge of Paris Saint-Germain were mixed — winning Ligue 1 in 2018 but failing to make the expected progress in the Champions League — before disappointing at Arsenal.

A late-season collapse in 2018-19 saw the Gunners finish outside the top four and be beaten 4-1 by Chelsea in the Europa League final, and Emery was sacked in November after a run of seven games without a win.

Emery will have to rebuild the Villarreal team after two key dressing room figures confirmed their departures this week.