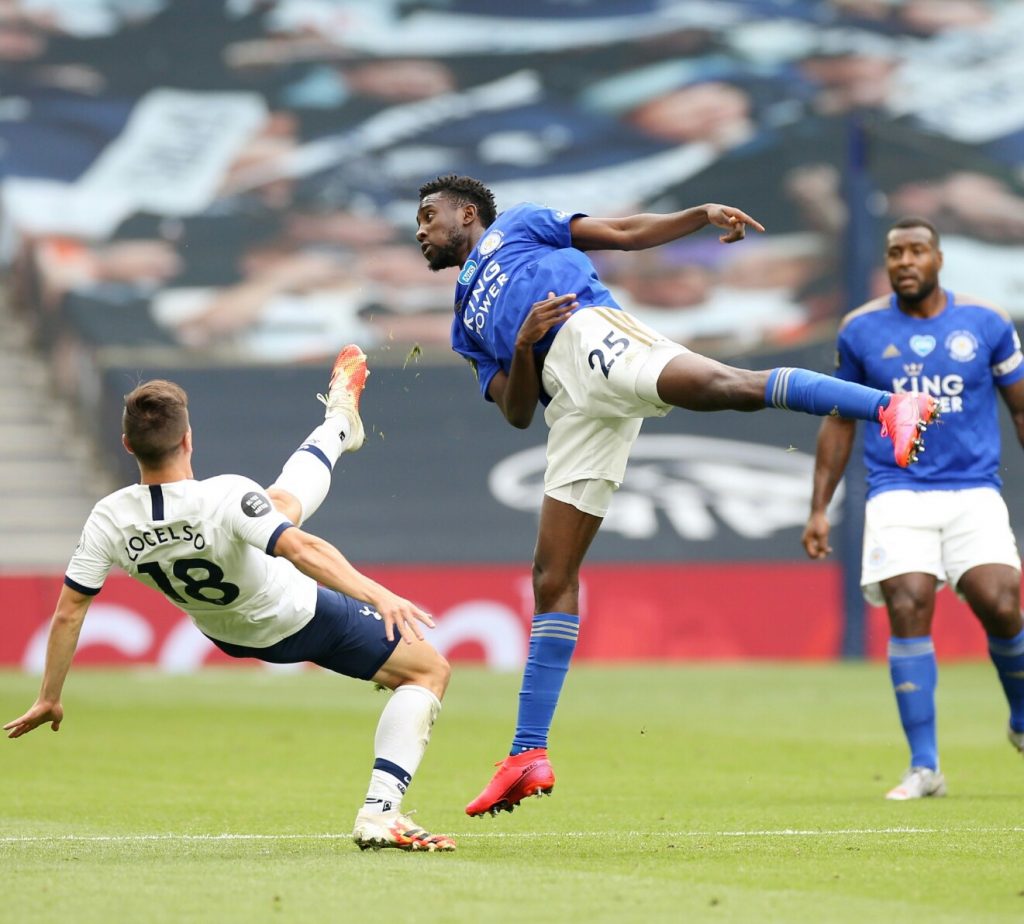 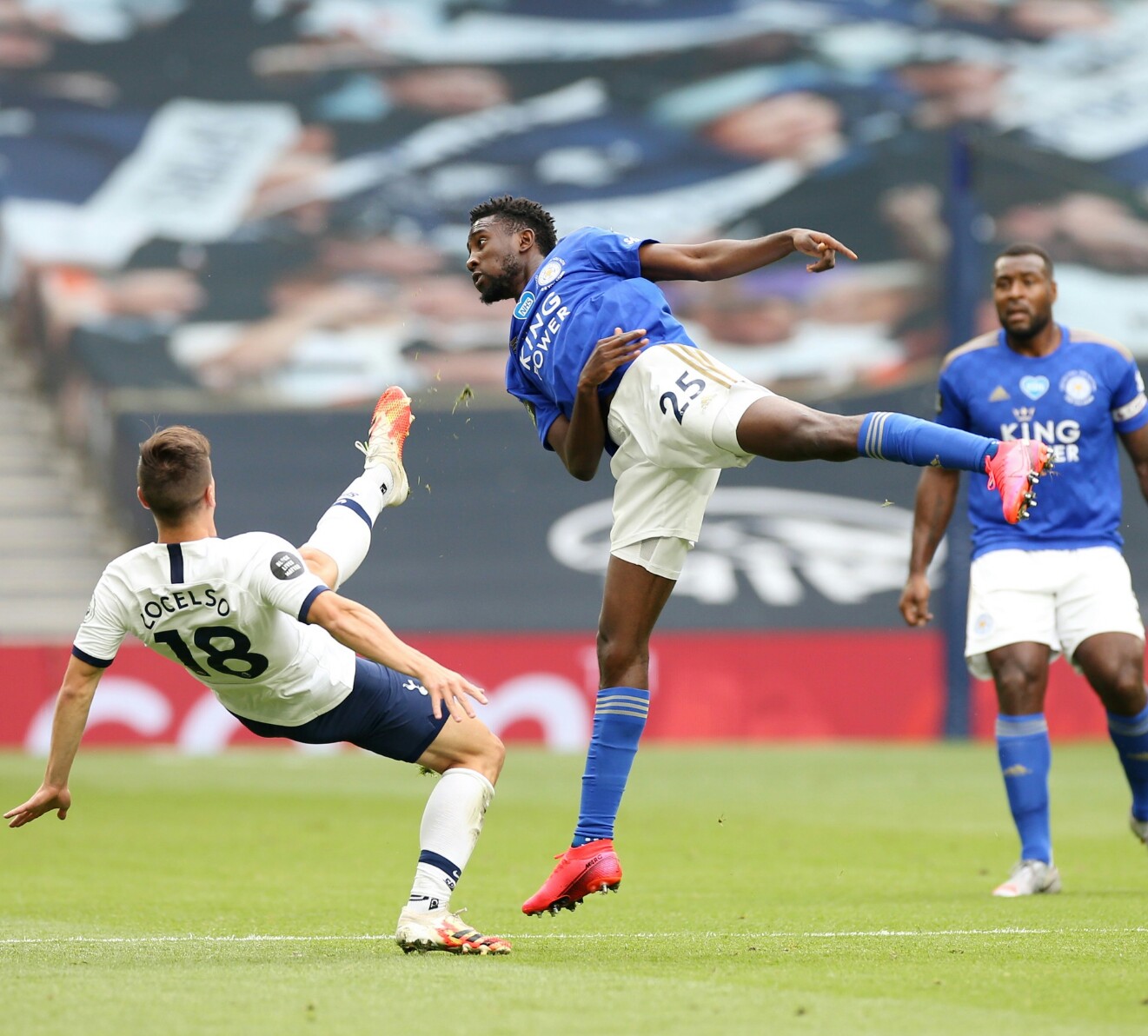 Kelechi Iheanacho and Wilfred Ndidi featured for Leicester City who suffered another setback in their quest to qualify for next season’s Champions League after losing 3-0 at Tottenham Hotspur, Completesports.com reports.

Ndidi was replaced on 70 minutes for Nampalys Mendy while Iheanacho was brought on for Ayoze Perez in the 59th minute.

A brace from Harry Kane and an own goal from James Justin made it third consecutive wins for Spurs.

The home side went 1-0 up on six minutes after a quick counter-attack ended with Heung-Min Son’s shot deflected off Justin.

In the 37th minute Spurs doubled their lead with Kane slotting past Kasper Schmeichel off a brilliant team move.

And with five minutes left in the first half
Kane got his second of the match, firing into the far corner.

Leicester remain fourth on 62 points same point with Manchester United and would drop out of the top four if United beat West Ham United on Wednesday.

For Spurs they move up to sixth position on 58 points and are just four points away from fourth position.

And in the first Premier League game played on Sunday, Southampton beat relegation threatened Bournemouth 2-0 at the Vitality stadium.

The defeat saw Bournemouth drop to 19th position on 31 points on the log.