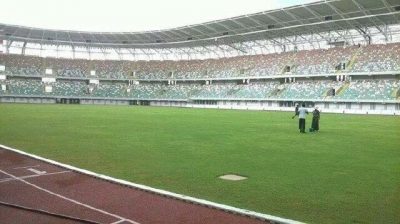 Odegbami: Making The Rest Of 2020 The Year Of The Football Field!

The best football stadium in Nigeria today is probably the new, state-of-the-art, magnificent edifice in Akwa Ibom State, the Akwa Ibom International Stadium, Uyo [oictured above]. It may also have the best football playing surface of lush, flat and green grass.

I have actually watched a few matches of the Super Eagles in the stadium and think that the field of grass is quite good. At the same time, I also think it is still not good enough compared to playing surfaces in most clubs in Europe that we see week-in, week out on television, and some that some of us have had the good fortune of playing on even during our days in football, decades ago.

So, as I write on the subject of football grounds, let me state clearly, first, that I know what I am ‘talking’ about from personal experiences that cannot be bought in the market place. Such experiences are required for a better understanding and appreciation of the subject of a good football pitch.

Several years ago, at the invitation of late Dr. Adeleke Olaiya, former President of the Nigeria School Sports Federation, NSSF, I attended the annual Umbro International Youth Football Tournament held in Manchester within the campus of the University of Manchester.

I counted 35 standard football fields on the grounds of the University. Each one of the grounds was well-grassed, flat, lush and green. The worst of the fields was as good as what we presently have in Uyo.

There was a whole department for the maintenance of the fields, with well over a hundred maintenance crew of grounds men and other staff working from sunrise to sunset tending to the fields. What I saw and learnt on that trip reinforced my education on the issue of grass fields, their impact on football and footballers, their essentiality as a driver of the football business, their serious maintenance regimen, and so on.

On another occasion, during the Manchester Commonwealth Games, I also visited the grounds of Manchester City Football Club, when Kevin Keegan was manager of the team. I met with two British consultants working with the grounds maintenance department of the club. They took me to see their latest experiment in the club, a hybrid of grass and rubber being tested on one of the many fields. There was regular ongoing research into improving the quality of the training fields around the club grounds, whilst the main stadium pitch remained entirely grass. Various experiments were going on, but the bottom line was that the main component of every field was grass.

I eventually invited and brought both gentlemen to Nigeria when I was Chairman of the National Institute for Sports’ Governing Council. I took them to visit and conduct soil tests on the stadia in Enugu, Kaduna, Ibadan and Lagos. I still have the reports of their findings in my library. It was very interesting.

Of greater interest was that they saw the magnitude of the business of fixing all the grounds and never showed any interest to return and help us fix them.

They could not understand the attitude of Nigerian football officials that we met all over the country to the dilapidated football grounds. They met many of the well-trained grounds men in some of the stadia and were shocked at the stories they were told about the total lack of appreciation of the importance of the fields and of their work in maintaining them.

In their clime, football fields were treated and nursed like new born babies. As we followed them around Nigeria I knew what their lamentation was all about, because I had seen, experienced and played through all of my football career on the excellent and well-tended field of Liberty Stadium, Ibadan which was as good as some of the best in Europe today, even in those days. The daily maintenance of the Liberty Stadium field was a daily tourist attraction in Ibadan. So, I knew what they were talking about completely.

Unfortunately, no one has been concerned and reacted to my lamentation and advocacy for excellent grass fields for all Nigerian stadia. Instead State and the Federal Governments listened to the yarn of my friend, Dr. Amos Adamu, the most powerful man in the history of Nigerian sports, then a powerful member of CAF and FIFA, who successfully marketed the installation of FIFA-approved artificial grass surfaces in stadia around the country.

You cannot give what you do not have.
Until you play football you cannot teach it. Until you play the game up to a certain level you cannot fully appreciate some of the finer details, intricacies and sensitivities involved in it. A man who has never experienced ‘cold’ cannot full appreciate what ‘hot’ is. So, my voice was lost in the midst of discordant voices.

A man that is not grounded in football will never be able to fully understand what difference a playing surface makes in a match, in the development of a player, in the coaching of team strategies and tactics, in packaging friendly-to-the-eye television coverage, in the overall quality of football played by teams, in the marketing of football as an entertainment package, in live attendances to matches, in the selling of the rights of domestic Nigerian league football matches to foreign broadcasters, in creating job opportunities for specialists in groundsmanship and the aspect of agriculture related to grass fields, and so on and so forth.

So, Nigerian football development stagnated on a plateau where it has remained since the late 1990s following the installation of astro turf in many Nigerian stadia, and the total absence of any grass fields elsewhere for training purposes. 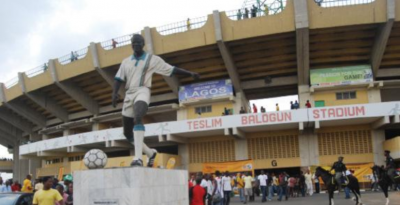 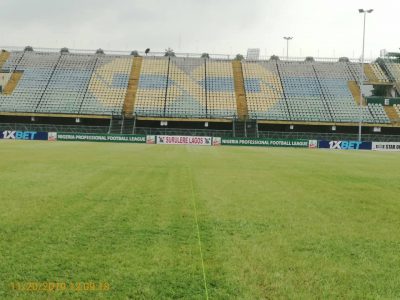 Excellent training and match fields are, probably, the single most important items in our football development shopping list that can kick-start the biggest revolution in Nigerian football, and make it leave the tarmac and head for the stars.

Let the transformation of our players start from home. One of the most essential things we require for this to happen are the good grounds for training and for matches.

Let us make the construction of football fields with a certain minimum standard – flat, and rich green lush grass – in all the nooks and crannies of this country, a priority. Let us set a minimum acceptable standard below which the grounds in club, Local Governments and State stadia must not fall.

I believe that when we fix the grounds in Nigerian football the real revolution will begin.

The best performances can only be had on the best pitches. Great performances are impossible on bad pitches. It is as simple as that. The field is so important that on a bad playing surface even Lionel Messi would be reduced to the level of a local player bungling inconsistently from match to match.

Have you ever wondered why Nigerian players never end their careers playing back at home in Nigeria’s domestic league?

Have you ever wondered why foreign European clubs that used to come and play very freely in Nigeria in the past would not dare to come today at any price? Part of the answer is the bad pitches for football matches.

A few years ago, on behalf of Chief Mike Adenuga, the Chairman of Globacom, I negotiated for Manchester United to come on a playing tour to Nigeria. Everything was smooth sailing in the negotiations until they were told that the Teslim Balogun Stadium in Lagos a beautiful edifice, had an astro turf playing surface. They would not come at any price and play on such a surface. It is for that same reason that Arsenal FC would also not come to play when they were invited some years ago. Indeed, no European club has agreed to come and play in Lagos since the National Stadium (even with its poor but grass surface) was abandoned and matches moved to other stadia.

A poor pitch creates all manner of challenges and problems for players, coaches, teams and match results. It is a very bad advertisement for football. It is a nightmare for artistic players and coaches. It is also the biggest threat to the business of football. When football is attractive it will sell. It is as simple as that.

Finally, let us declare the rest of 2020 as the Year of the Football Field, when every club, and every State and Federal government football stadium, shall be grassed or re-grassed to a minimum acceptable standard with adequate provision for maintenance, personnel, and the tools to sustain them.