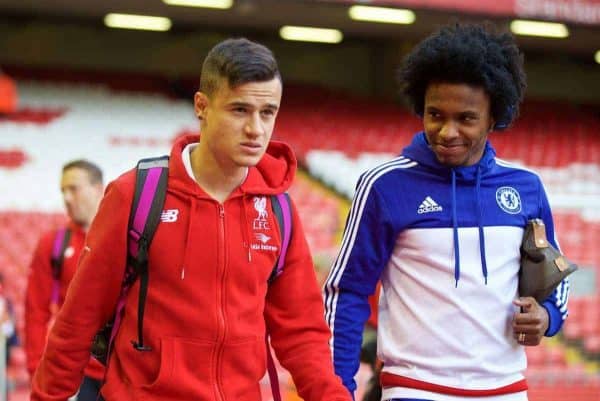 Arsenal are closing in on a deal for Willian and Philippe Coutinho at the end of the season as super agent Kia Joorabchian is reportedly looking to bring his Brazilian clients to North London.

Both players’ future appear uncertain with Willian set to become a free agent having so far failed to agree terms on a new deal to keep him at Chelsea.

The 31-year-old has been heavily linked with a switch to join Arsenal’s rivals Tottenham with Jose Mourinho looking to be reunited with the player.

Meanwhile Barcelona are understood to be desperate to get Coutinho off their wage bill having failed to impress at the Nou Camp following his ill-fated switch from Liverpool in January 2018.

Coutinho, 28, has spent this season on loan at Bayern Munich where he has helped them claim the domestic double, but it is unlikely they will turn his stay into a permanent transfer.

According to SunSport they reported earlier this week how Barcelona have offered both Arsenal and Newcastle the chance to sign Coutinho.

And now the Mirror state that Joorabchian is vying to bring Willian and Coutinho to Arsenal having already secured David Luiz’s future at Arsenal.

They claim that due to Arsenal having limited funds available, and with the club only able to buy payers if they sell members of their squad, both Willian and Coutinho are seen as attractive options.

Willian won’t require a fee as he would be brought in on a free, while Coutinho is understood to once again be allowed to leave on loan.

And Barcelona are already said to be confident that Coutinho will return to the Premier League in the summer.
The Mirror also state that Arsenal want to offload Matteo Guendouzi with the French midfielder falling out of favour under Arteta.

Mesut Ozil’s future at the club also remains an uncertain, but SunSport have exclusively revealed that the German wants to run his £350,000-a-week contract down until it expires next year.