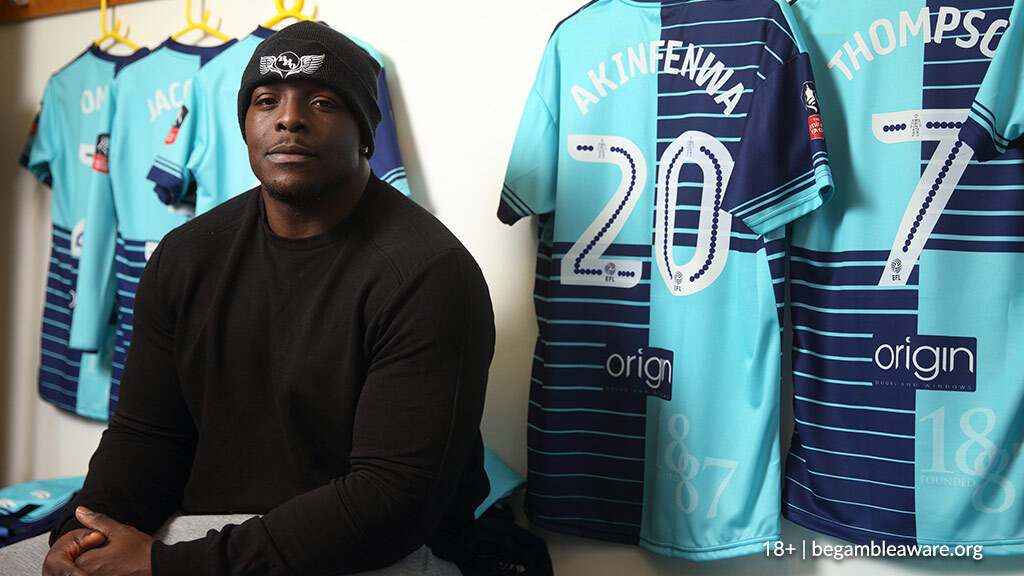 Akinfenwa: I Had Interest In Playing For Nigeria When I Was Young

Wycombe Wanderers forward Adebayo Akinfenwa has revealed he was interested in playing for the Super Eagles when he was young, reports Completesports.com.

Akinfenwa, who was born in Islington, North London is of Nigerian descent.

The 38-year-old has spent his entire career in the lower leagues of English football.

The striker has become well known for being ranked as the strongest footballer in the world in various editions of the FIFA videogame series.

The imposing frontman states that he was aware of one campaign to get him a maiden Super Eagles cap.

“I had [interest] when I was young,” Akinfenwa told ESPN.

“I was 21 when I hooked up with [former England striker of Nigerian origin] John Fashanu; there was talk then, but Nigeria are always blessed with great strikers so it was harder for me.

“I know there was a campaign one time to try and get me out there, but they weren’t really feeling me and that… maybe they haven’t got a kit that can fit me.”