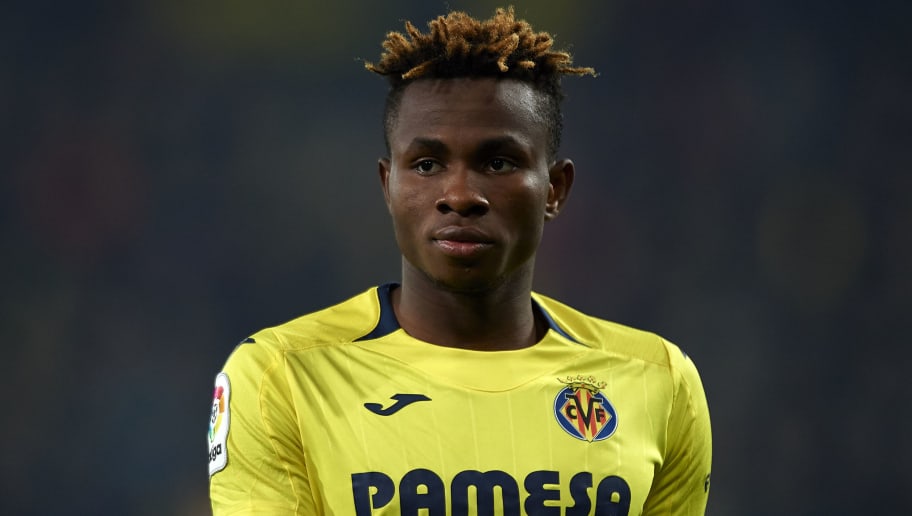 Super Eagles winger Samuel Chukwueze provided the assist for Villareal’s goal in their 2-1 home loss to Real Sociedad which ended their Champions League qualification hopes for next season, Completesports.com reports.

Chukwueze, who was brought on for Fernando Nino in the 46th minute for his 35th league appearance, set up former Arsenal star Santi Cazorla to make it 2-1 on 85 minutes.

William Jose put Sociedad ahead on 61 minutes before Diego Llorente added the second goal in the 75th minute.

The result means Villareal are in fifth position on 57 points, nine points  behind fourth placed Sevilla with two games left to play.

But the Yellow Submarine can still qualify automatically for the Europa League if they end in fifth position.

In another LaLiga game, Getafe without the injured Oghenekaro Etebo held Deportivo Alaves to a 0-0 away draw.

Getafe are in sixth place which is the Europa League qualification spot and on 54 points.