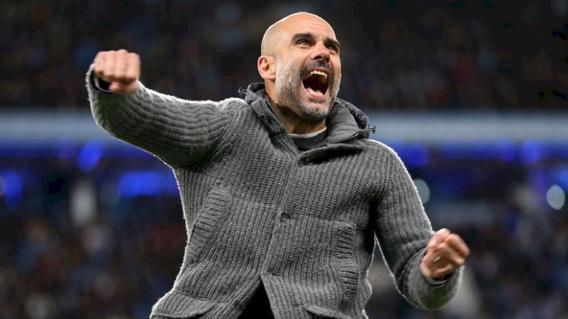 Manchester City have won their appeal against a two-year Champions League ban at the Court of Arbitration for Sport (CAS).

City had appealed against their two-year ban to CAS, handed down to them in February by UEFA for alleged breaches of club licensing and financial fair play regulations.

The former Premier League champions has always denied any wrongdoing and were confident they would be exonerated once the verdict was announced at 9.30am on Monday.

City had their appeal heard last month and manager Pep Guardiola insisted he has not lost any sleep over the decision, which could have cost City around £170m in lost revenue – based on TV and prize money, plus gate receipts, although the latter is in doubt anyway due to the coronavirus pandemic – if their appeal was rejected.

As well as their two-year ban, City were also hit with a fine of almost £27m but the fear of a mass player exodus was even more worrying for the club.

Monday’s verdict means Arch-rivals Manchester United, Chelsea and Leicester City all must now finish in the top four to qualify for next year’s Champions League.

Losing the appeal could have inflicted a fatal blow to their project under Guardiola, with the manager’s future as well as that of their star players, including Kevin De Bruyne, all in serious doubt without Champions League football

However, Guardiola himself insisted that he hadn’t lost any sleep over the decision and was confident City would be playing in the Champions League next season.

Following City’s thrashing of Brighton on Saturday, Guardiola said: “I am going to sleep because I cannot do anything.

“I am confident in the club, I know the arguments, the defence they have and in the next season we are going to be in the place where we won on the pitch this season.”

Champions League expulsion for City would have meant a fifth-placed finish was be sufficient to qualify for the competition, as City sit well clear of the rest in second place in the table, behind only champions Liverpool.

Chelsea, Leicester, Manchester United, Sheffield United, Wolves, Tottenham and Arsenal, who are respectively placed third down to ninth in the table, could potentially have benefitted from the ban being upheld due to the shift in requirement for Champions League and Europa League qualification.

UEFA’s club financial control body had originally found that City had committed a ‘serious’ breaches of the organisation’s FFP rules between 2012-16.

The investigation followed claims in German magazine Der Spiegel, based on leaked documents, that City’s owner Sheikh Mansour was topping up the value of sponsorship agreements, in breach of FFP rules.

City always denied the magazine’s claims and described the investigation as ‘flawed’ due to the leaked documents.