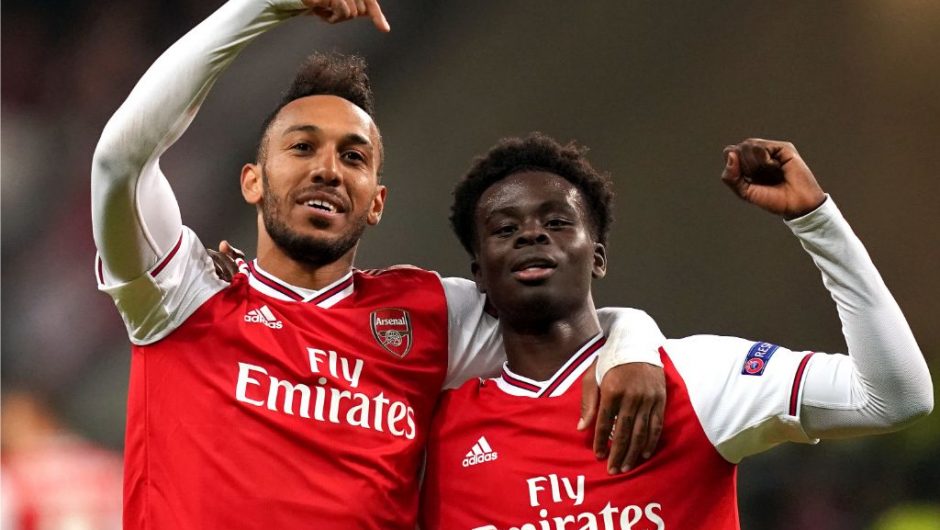 Aubameyang Backs Saka To Get To The Top

Pierre-Emerick Aubameyang has backed young Arsenal teammate Bukayo Saka to go straight to the top in his football career.

Saka’s emergence has represented one of the most uplifting aspects of a turbulent season for an Arsenal side which harbours only remote hopes of qualifying for Europe next season.

The 18-year-old who recently committed his long-term future to Arsenal by signing a contract extension, has impressed in a number of different positions but has started in a more attacking role since the return to fitness of Kieran Tierney.

He scored his first ever Premier League goal in last weekend’s 2-0 victory at Wolves and registered his 12th assist of the campaign against Leicester in midweek by setting up Aubameyang.

And speaking about Saka, the Gabon international believes his team-mate is destined for the very top and commended him for his humble nature and willingness to learn from the club’s senior players.

“For sure he is one of the best, for sure,” the former Borussia Dortmund striker told Sky Sports.

“What I like about him is he is always listening to advice from us the experienced players. I really like it and he is really humble, he wants always to go forwards and learn more and try to improve his game so definitely he is one of the best.

“Of course, I think he’s 18 so he has a lot of time but as I said to him the most important thing is to enjoy because at this age to be at this club is really special and he just has to continue like this to keep improving and I am sure he will go to the top straight to the top.”

About the nickname ‘Little Chilli’ he gave Saka, Aubameyang believes he merits because of his power and explosive energy.

Asked to elaborate on the nickname he said: “I call him this (Little Chilli) but in French so it is ‘Petit Piment.

“It’s because he is like a little chilli, so much energy, so much power and is quite small so it’s funny.”