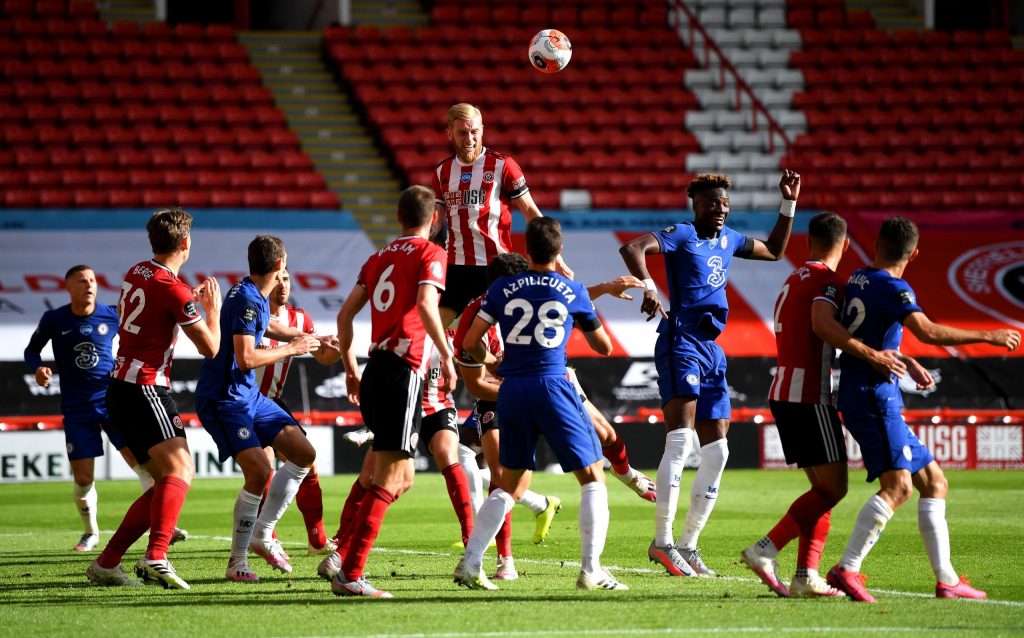 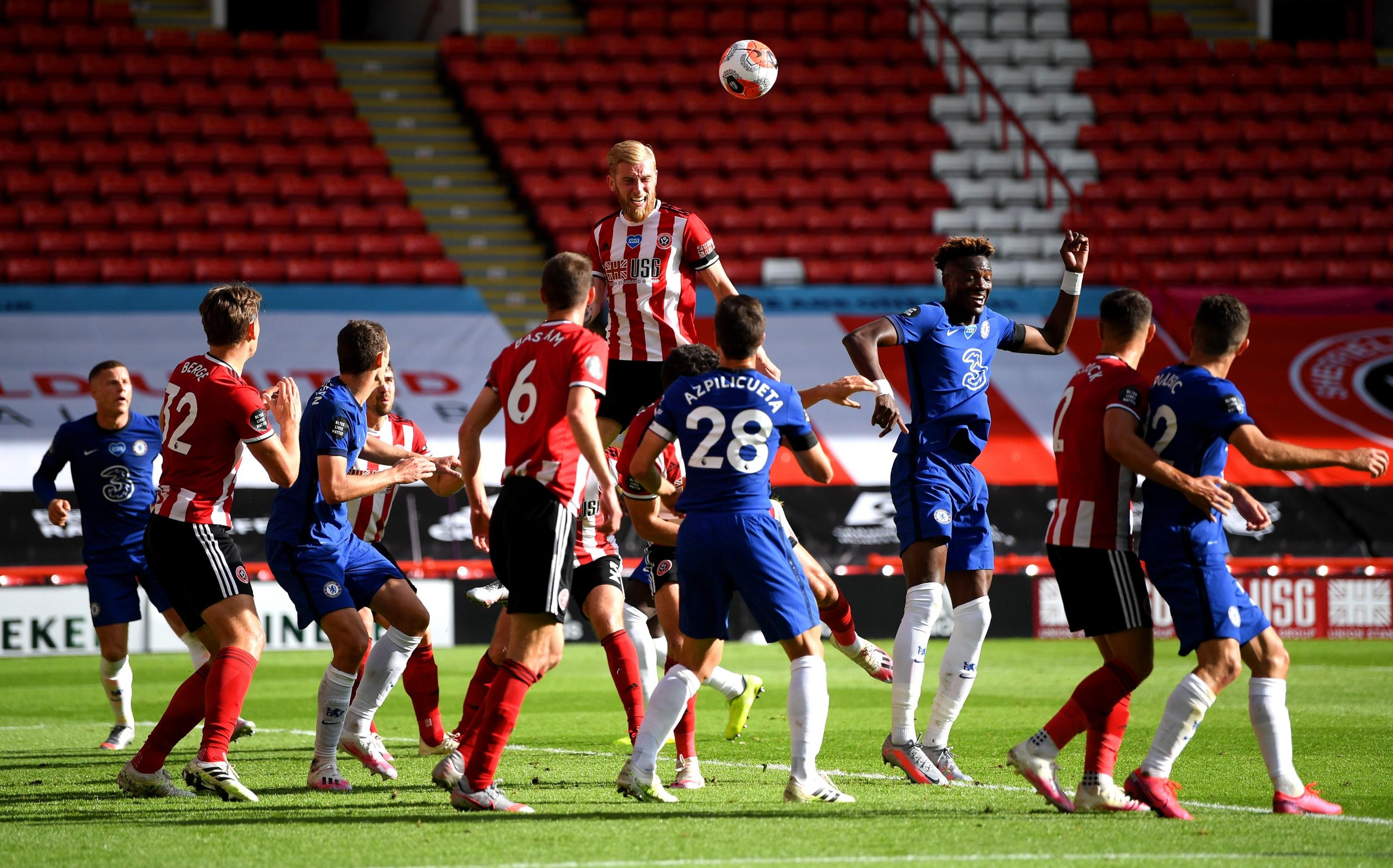 A brace from David McGoldrick and a strike from Oliver McBurnie inflicted Chelsea with their 11th league defeat of the season.

It was Sheffield’s third win in their last four games (one draw) which secured another huge victory for their bid for European qualification.

Sheffield opened the scoring in the 18th minute as McGoldrick tucked home from close range to open his Premier League goals account.

In the 33rd minute McBurnie doubled Sheffield’s lead, planting a header into the bottom corner.

And with 13 minutes left in the game McGoldrick scored his second of the match from close range to make it 3-0.

The win took Sheffield to sixth on 54 points and are just five points away from fourth position.

For Chelsea, they remain in third spot on 60 points and could drop to fifth if Leicester City and Manchester United beat Bournemouth and Southampton respectively.

And at Anfield Burnley halted Liverpool’s impressive winning streak at home with a hardfought 1-1 draw.