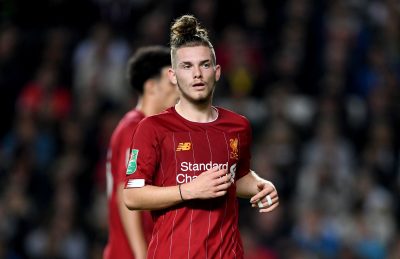 The Main Talents Of Liverpool. Who Are They?

Liverpool makes it clear that they do not intend to spend much. Therefore, they need internal reserves. In this article, we will talk about those who will lead the Reds to victories in the future.

It is not enough to become the champion of England, it is also necessary to gain a foothold in the status of a leader, preferably for many years. And this can be done not only with large and sounding transfers and the purchase of more and more new stars. This is hardly the way of Liverpool, which is careful when it comes to money. In addition, the economic problems caused by the coronavirus pandemic greatly limit the ability of clubs to acquire new players. Yes, and Jurgen Klopp made it clear that most of the big names that are associated with the Reds, in fact, are rumors.

A true leader must be able to benefit from internal reserves and make superstars from its own academy. And Liverpool has footballers who in the very near future are able to become main players and stars. Therefore, it is worth taking a closer look now.

As if confirming Klopp’s words about the search for internal reserves, Liverpool recently announced the signing of a professional contract with 17-year-old striker Elliott. There is no doubt that in the next season he will have many chances to prove himself. This season, he played in three matches of the League Cup and in three matches of the FA Cup, showing himself well. And he became known back in 2018 when he played for Fulham.

Then he became the youngest player in England, who entered the field on a professional level – this happened at the age of 15 and 174 days in the League Cup match with Millwall. Later, he became the youngest player to enter the pitch in the Premier League – at the age of 16 years and 30 days. So he already has some experience. And he managed to gain the respect of Liverpool fans when he refused the opportunity to shake hands with Sergio Ramos when Real tried to sign him. He refused because Ramos injured Mohamed Salah in the 2018 Champions League final.

Elliott managed to benefit a lot from being a part of Arsenal. Not only did he become glued to the mouths of European sports fans and anchors, but also managed to make waves in North America as well. Now, both the US and Canada are not necessarily huge fans of football or “soccer” as they’d call it, but there is a significant fanbase in large cities like Toronto and Vancouver.

Because of this small fanbase, local companies such as bars and restaurants started to feature Liverpool nights, which quickly grew in popularity. This popularity managed to reach Canada’s bustling casino industry as well. And if there’s something that goes together it’s gambling and sports. Soon enough, online casino bonus Canada promotions started pumping out banners with either Liverpool’s logo or Elliott’s brand on it, trying to appeal to his fans. But, Elliott himself was not aware of this, which could potentially cause a serious legal issue down the line. Nevertheless, the youngster’s name became widely known in Canada.

He has not yet been able to perform at an adult level at Anfield, but this 20-year-old striker has good performance at Swansea, which signed him on a loan deal. In 13 Championship matches, Brewster scored six goals. He received very good ratings when he played in the youth team of Liverpool, so they count on him for sure. Considering how Brewster plays, he will get his chance for sure. 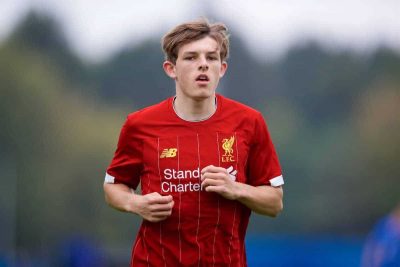 The 18-year-old midfielder did not immediately begin to show himself. Until this season hardly anyone paid attention to him, as was the case, for example, with Elliot. But this season, he got his chance in the FA Cup match with Shrewsbury, when Liverpool put up a youth team and won. Clarkson was very good at that meeting. He also shone in a friendly game with Blackburn, when he scored a goal. It was impossible not to pay attention to his individual mastery.

The 18-year-old Hoover played for Liverpool last season in the FA Cup, then he performed well in the pre-season training last summer. So it is even a little surprising that this season he played only three times for the main team. This defender can act on the right flank or in the center, he even managed to score a goal when Liverpool beat MK Dons in the League Cup at the beginning of the season. The Dutchman was the youngest Liverpool player in the FA Cup until Elliot broke the record this season. 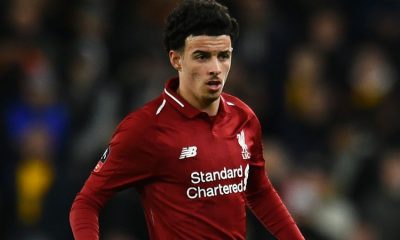 If you are an attacking midfielder from Liverpool and are trying to break into the main team of the Reds, then the fans will automatically compare you with Steven Gerrard. This pressure on Jones will only increase as Curtis shows himself brighter. The 19-year-old midfielder has played for Liverpool eight times, and in that same youth match against Shrewsbury, he was a captain. In the UEFA Youth League, he scored a hat-trick in a match against Napoli, which Liverpool won 7:0.

James Milner is now a stable alternative to Andy Robertson on the left flank of the defense in case of injury to the latter. But Milner needs a replacement. He is already 34. And the 19-year-old Algerian Larouci may get more chances in the near future. He participated in the League Cup victory over Everton, in a match with Shrewsbury this season. And certainly will be considered as already the main reserve of Robertson in the next season. And then everything is in his hands. 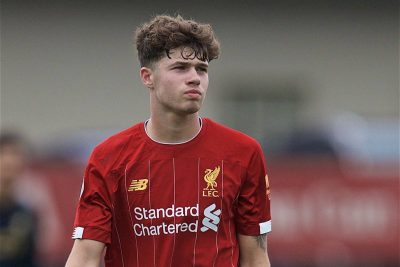 19-year-old Williams will find it harder to establish himself than the rest because he plays in the position of the incredible Trent Alexander-Arnold, who is not going to lower the bar in the coming years. But Williams is also very good, combining the skills of an excellent defender and effective assists in the attack. In a memorable match with Shrewsbury, he was the best player. In the Premier League, he played in a match against Crystal Palace (4:0) and managed to show his worth in 16 minutes, having received two good scoring chances.