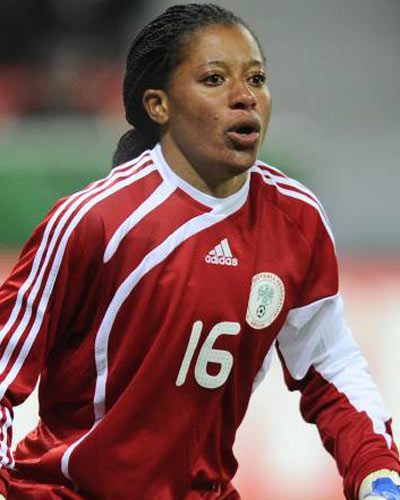 The club made this known in a statement released on their Twitter handle on Thursday.

It was reported on Wednesday that the Falcons stars have signed for the European club.

But Rivers United have denied it, describing reports about the signing as misleading and inaccurate.

“This is to inform the general public that news making the rounds about two of our players; Evelyn Nwabuoku and Tochukwu Oluehi signing for a Spanish Reto Iberdrola club Pozoalbense is misleading and inaccurate,” the statement read.

“As of Thursday July 9, 2020, Nwabuoku and Oluehi remain bonafide players of Rivers Angels FC with existing contracts with us.

“Neither the said club nor its representatives have contacted anyone from here and hearing that they have announced the signing of our players is highly disrespectful and unethical.

“If and when both players secure any deals from teams in Europe, Rivers Angels FC will most definitely communicate it to the world via our various platforms but for now, neither has signed anything with anyone.

“We urge everyone to take note of this statement intended to set things right as they should be.”

In April 2016, Oluehi and compatriot
Cecilia Nku left Rivers Angels to join Norwegian club Medkila IL where she played 21 games for Medkila, before returning to Rivers Angels and is since 2017 the team captain, of the Angels.

She was at the 2019 FIFA Women’s World Cup in France where she kept in the Falcons’ 3-0 opening game defeat to Norway.

Nwabuoku played for Bayelsa Queens and Rivers Angels before moving to BIIK Kazygurt of the Kazakhstani women’s football championship in 2015.

She subsequently moved to French side En Avant de Guingamp, where she joined up with fellow Nigerian international Desire Oparanozie.

The 34-year-old captained the Falcons at the 2015 FIFA Women’s World Cup and the 2014 African Women’s Championship winning the latter.