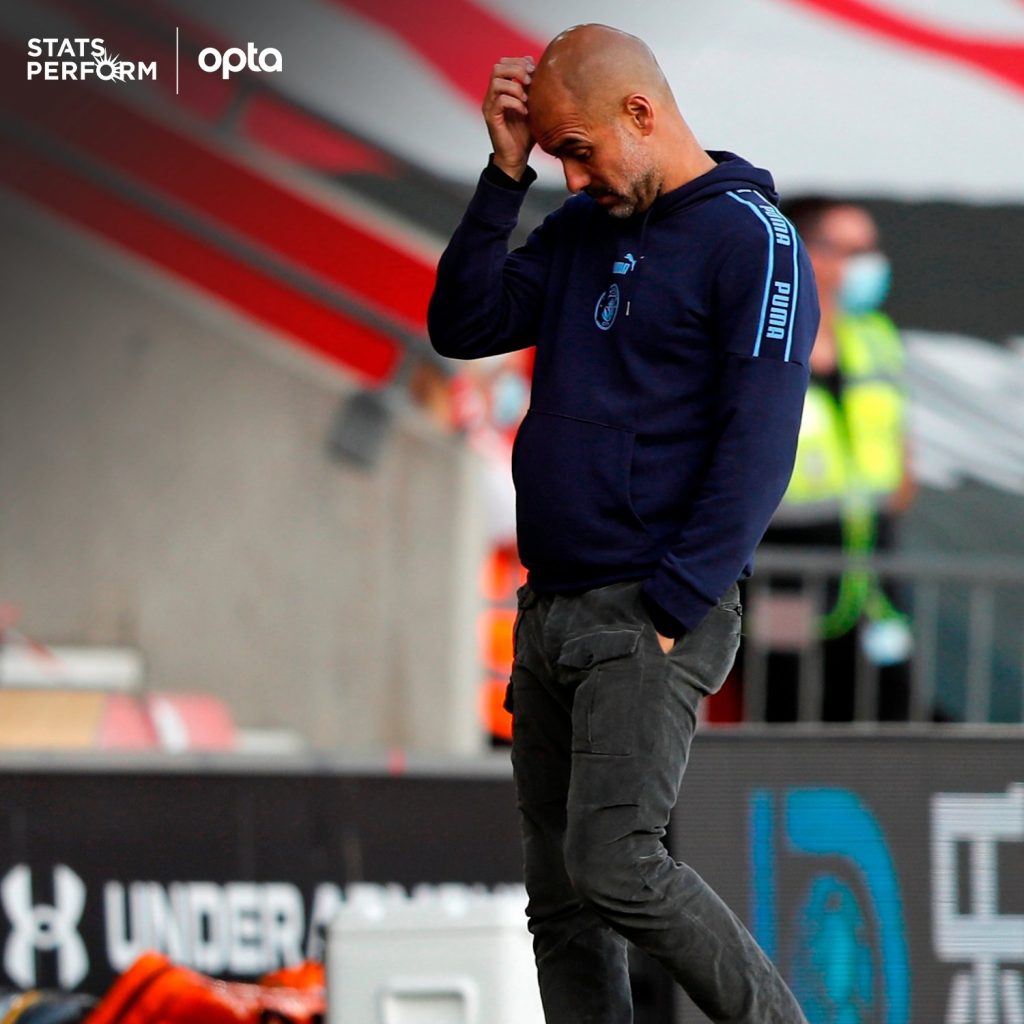 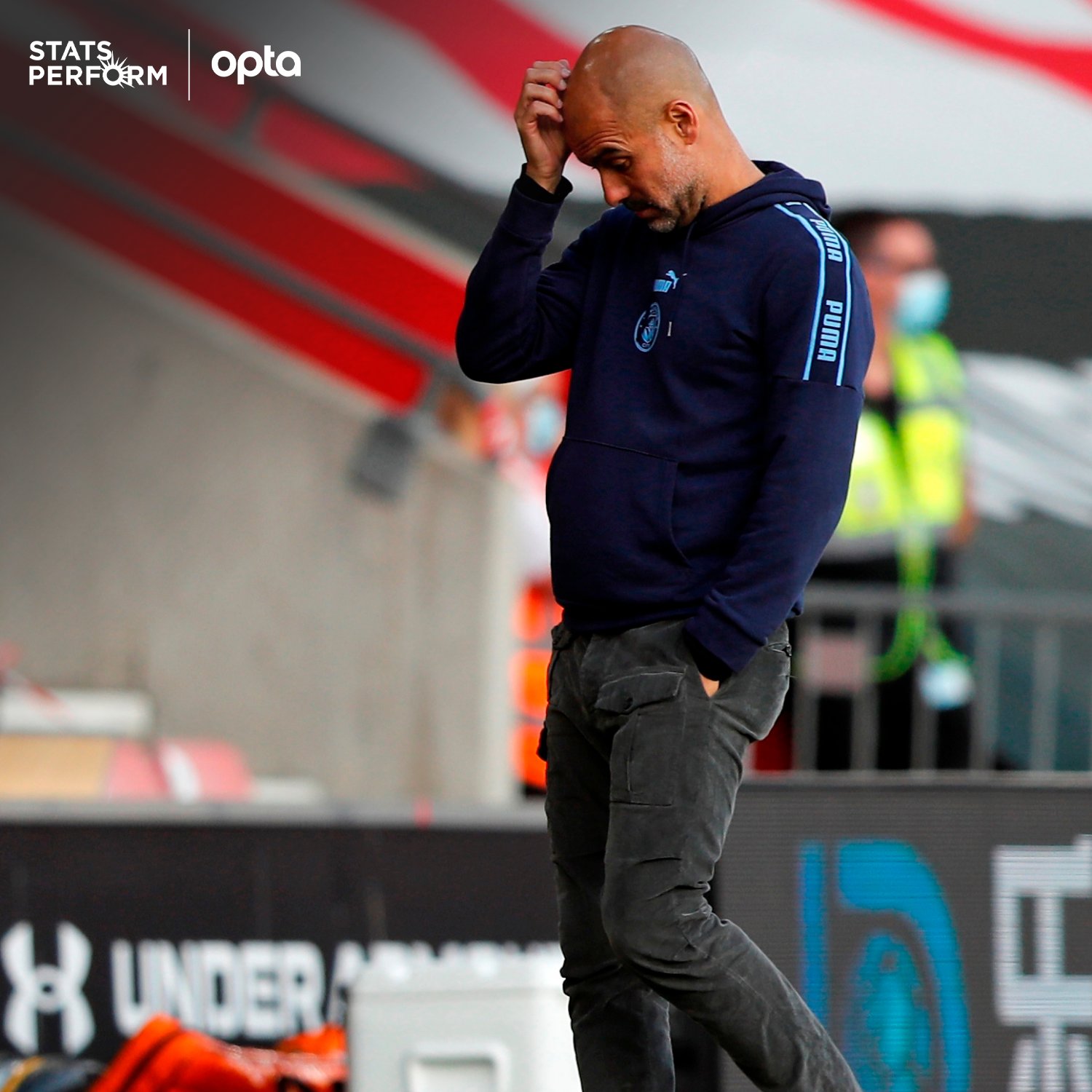 Southampton recorded a shock 1-0 win against a dominant Manchester City side at St Mary’s in the Premier League game on Sunday.

The defeat means City boss Pep Guardiola has lost three consecutive away league games for the first time in his managerial career.

Prior to Sunday’s defeat at St Mary’s, City lost 2-0 to Manchester United at Old Trafford and 2-1 to Chelsea at Stamford Bridge.

City attempted 26 shots without scoring against Southampton, the most they have ever taken in a league match without netting under Guardiola.

They bossed possession, total shots and on shots on target as well as passes but failed to get on the score sheet.

Despite being on the back foot from the early part of the game Che Adams opened scoring on 16 minutes after lobbing Ederson from 40-yards out.

City remain second on 66 points while Southampton move up to 12th position on 43 points in the league table.

Earlier on Sunday, newly crowned champions Liverpool, bounced back from their mauling against City as they emerged  2-0 victors over visiting Aston Villa at Anfield.

Villa are currently in the relegation zone in 18th position on 27 points.