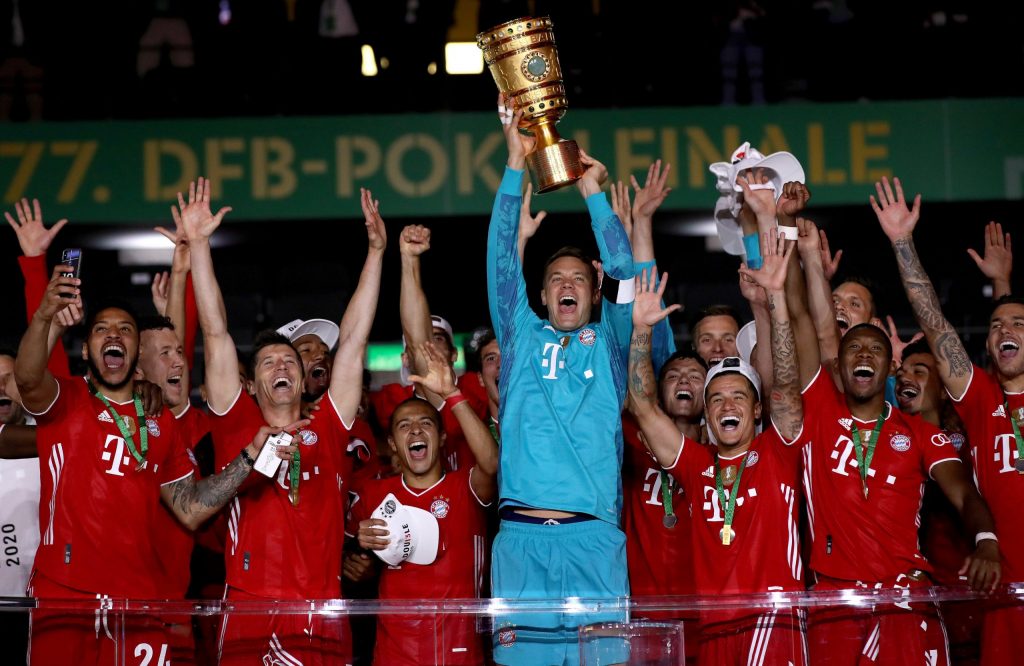 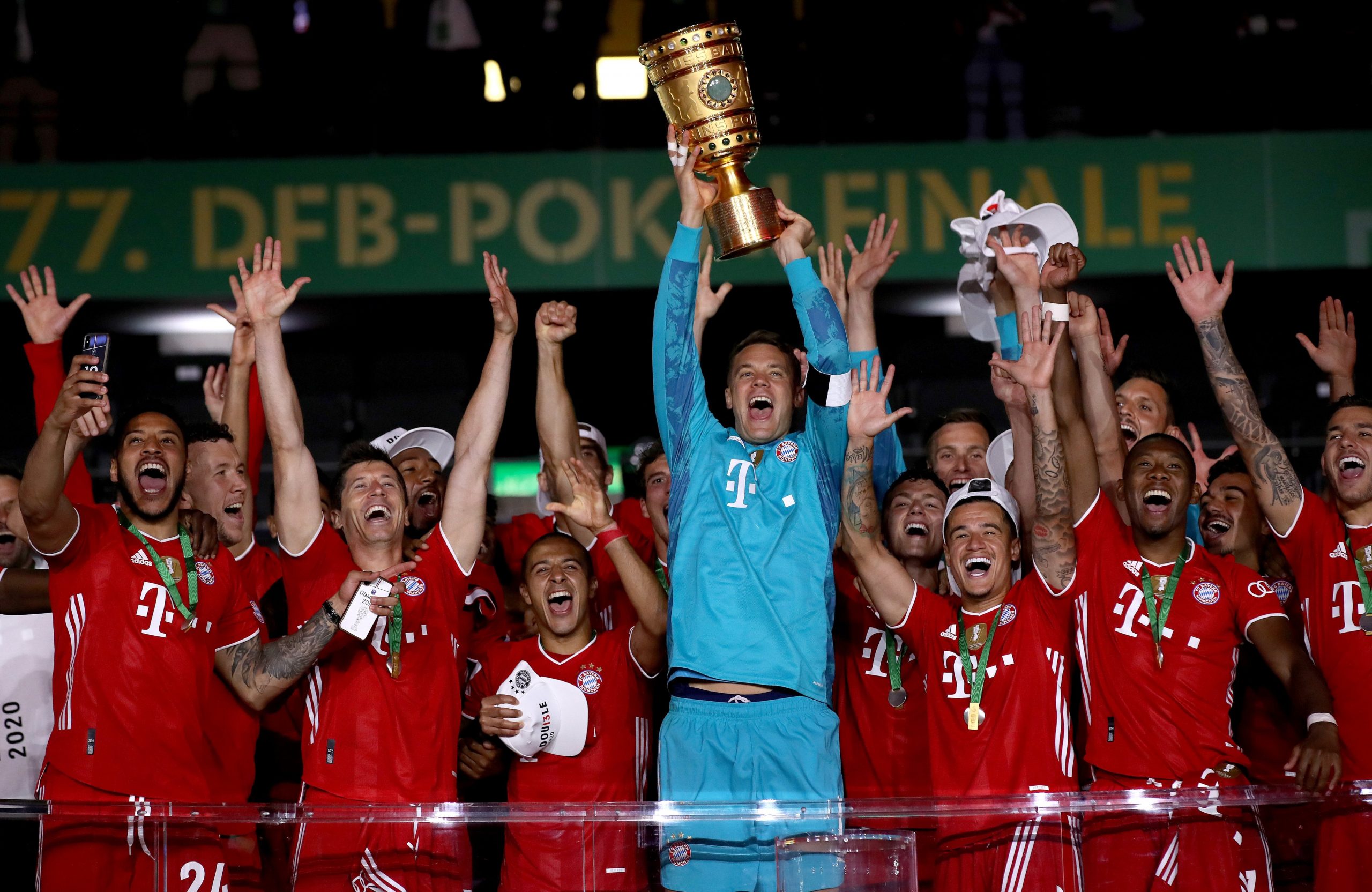 Bayern Munich retained their DFB-Pokal title as they beat Bayer Leverkusen 4-2 in this season’s Cup final on Saturday.

It is a record winning feat for Bayern as they claim their 20th DFB Pokal title, the most by any German club.

The Bavarians picked up their second trophy of the season after clinching the Bundesliga title.

They have now completed a domestic double for the 13th time in the club history.

David Alaba opened scoring for Bayern in the 16th minute before Serge Gnabry made it 2-0 on 24 minutes.

In the 59th minute Robert Lewandowski got on the score sheet to make it 3-0.

Sven Bender scored in the 63rd minute to bring score to 3-1 but Lewandowski added the fourth goal on 89 minutes.

Leverkusen were awarded a penalty in the 95th minute which was converted by Kai Havertz.

Lewandowski’s brace means he is now the outright top scorer in all three club competitions he has competed in this season:Bundesliga (34) Champions League (11) DFB-Pokal (5).

Also, he has taken his tally to 51 in all competitions for Bayern so far this season.