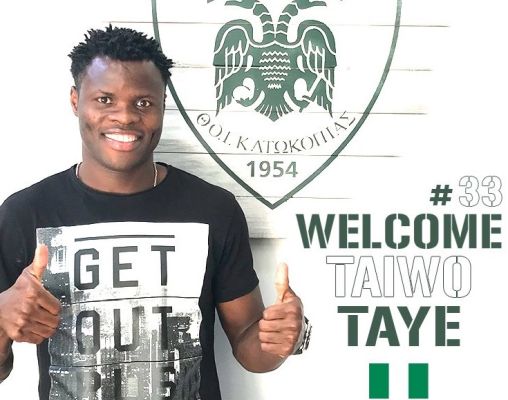 The veteran defender penned a one- year deal with the club.

“The Association DOXA TH.O.I. KATOKOPIAS announces the start of cooperation with the Nigerian football player Taye Taiwo,”reads a statement on the club’s official website.

“He chose to fight with the number 33.

”We welcome Taye Taiwo to the Doxa family and wish him every success.

Since leaving AC Milan in 2012, Taiwo has played for seven different clubs, most of them on short term deals including Dynamo Kyiv, HJK Helsinki and Bursaspor.

The 34-year-old last played in Finland for RoPS.