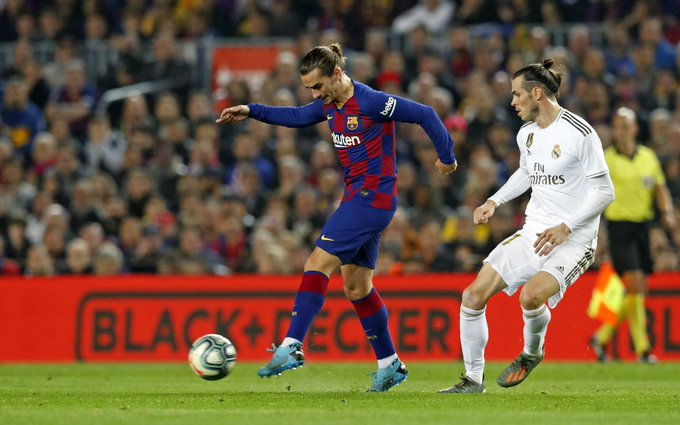 Arsenal are reported to be eyeing a move for Barcelona attacker Antoine Griezmann during this summer’s transfer window.

Griezmann has struggled to perform for Barcelona since a big-money move from Atletico Madrid in the summer of 2019.

The 29-year-old has scored 14 times at club level this term, but was only given the final minute against former club Atletico in La Liga on Tuesday evening and is no longer guaranteed a spot in the side.

And according to The Express, Arsenal are keeping a close eye on the attacker’s situation at Camp Nou and could attempt to sign him ahead of the 2020-21 campaign.

Also, the report claims that Arsenal could even look to use Barcelona’s interest in Matteo Guendouzi and Pierre-Emerick Aubameyang to bring the 2018 World Cup winner to the Emirates Stadium.

Griezmann, who is also believed to be interesting Italian giants Inter Milan, penned a five-year contract upon his arrival at Camp Nou last July.