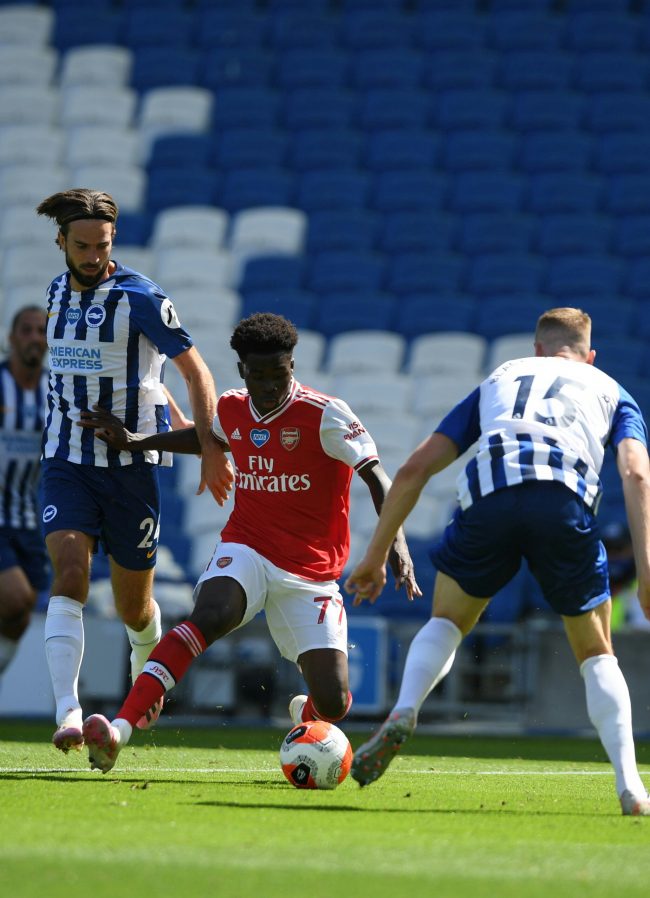 Saka has been one of the outstanding performers in a disappointing Arsenal side this season.

The 18-year-old bagged an assist in Arsenal’s 2-1 away loss to Brighton and Hove Albion in Saturday’s Premier League game.

It was his 11th assists for Arsenal across all competitions this season, more than any other player at the club.

And reacting to Saka’s performance against Brighton, Ferdinand told BT Sport: “What’s more impressive is he has played, left back, left mid, right midfield, right back the other day. Now he’s playing midfield. He’s producing wherever he is asked to play.”

Meanwhile, Arsenal are still trying to tie down Saka to a new deal but have not succeeded thus far.

This has led to top clubs expressing their interest in the exciting prospect who was recently nominated for this year’s Golden Boy award.