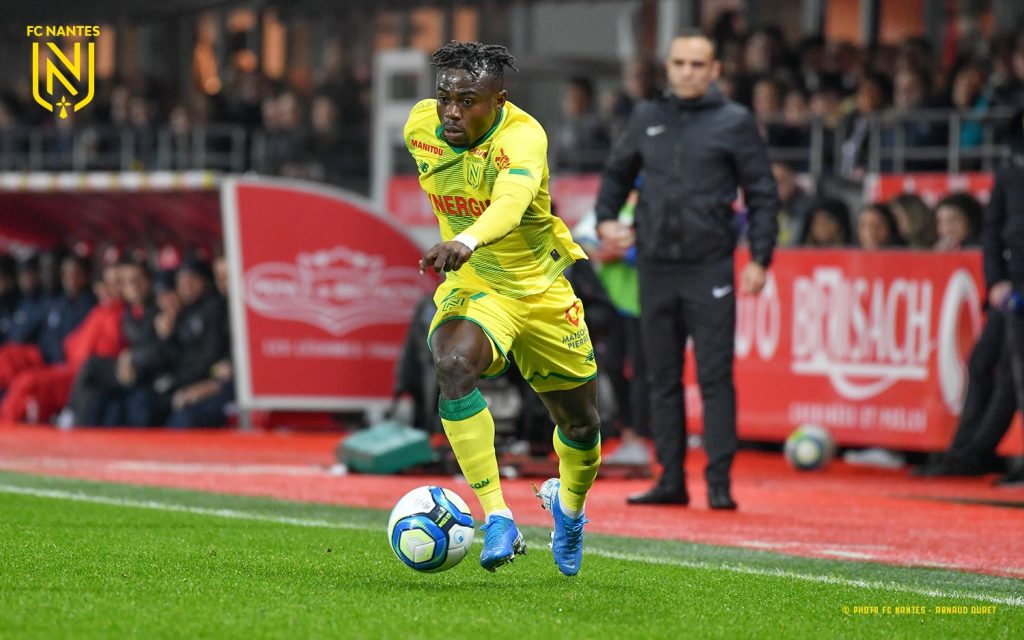 Nantes Not Willing To Sell Simon This Summer 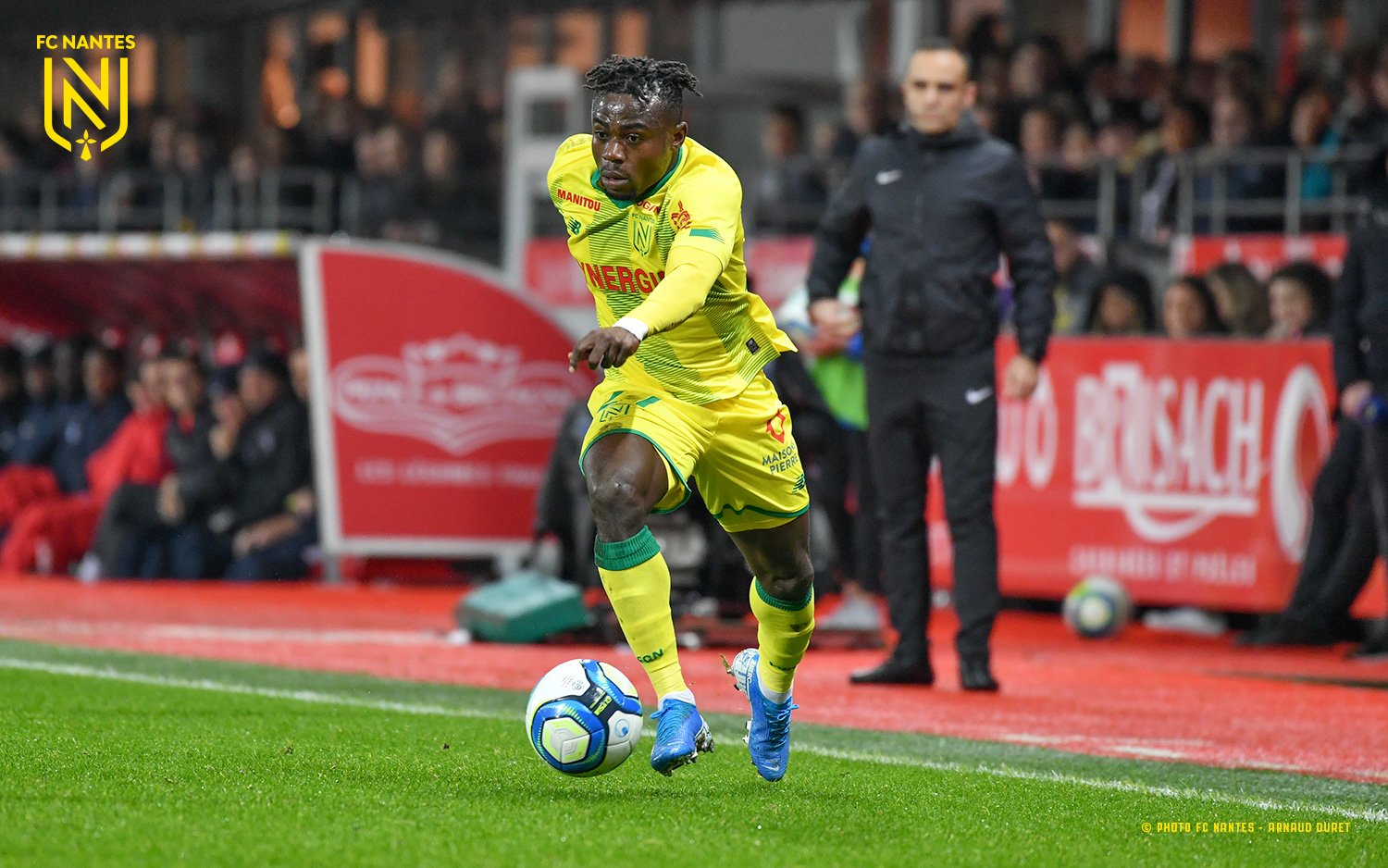 Simon, 24, penned a four-year contract with Nantes this week, after initially joining the Canaries on loan from Spanish club Levante last summer.

The former KAA Gent winger enjoyed a stellar campaign with the club netting nine goals and recording eight assists in 30 appearances across all competitions.

He was also named the best player by the club.

Olympic Lyon and Stade Rennes as well as clubs in Spain and China are interested in signing the versatile winger and there are reports Nantes could go on to sell him for a huge profit after triggering off a clause to buy him for €5.

Kita however insists Simon won’t be leaving the club this summer.

“With regard to Moses Simon, we have just exercised his purchase option and we are delighted to see him again among us. He is also very happy to be joining our ranks,” Kita told the club’s official website.

“We will talk about his departure a little later but not this year. For now, with the coach, we are very satisfied with the homogeneous group that we have, both in quantity and in quality.

” Today, if we think that we must sell to buy, we do not move forward. If we ever have to take one or two players, we will. Without having to separate from one of our players afterwards. ”