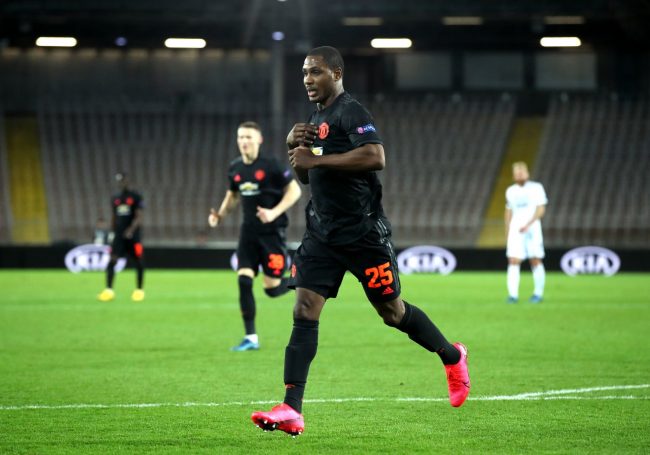 Odion Ighalo’s many sacrifices down the years are now paying off with Manchester United, his agent has revealed.

The former Watford striker has proven a big hit on loan at United from Chinese Super League club Shanghai Shenhua in recent weeks. He has scored four goals already for Ole Gunnar Solskjaer’s side, despite many doubting the decision to pursue a loan deal, which was secured in the 11th hour on January transfer deadline day.

Ighalo has helped United to fifth place in the Premier League and the brink of Europa League last eight, as well as the FA Cup quarter-
finals, before all elite football in England was suspended amid the
coronavirus pandemic.

And his agent Patrick Bastianelli believes the 30- year-old deserves
everything he achieves with United, the club the Nigerian striker supported as a child.

“Odion is reaping what he deserves after many sacrifices, after many years around Europe. Manchester
is a prize for everything he’s shown in recent years,” Bastianeli told Italian news outlet Tuttosport
on Ighalo.

He also lauded the striker’s
mentality as the main reason
behind his success at Old Trafford so far.

“It’s part of his character, of his great seriousness, he added. “He scored many goals. He always has a positive attitude.

“Odion is a person who always looks ahead, always in a positive way.”

On the moment Ighalo netted his first goal for United, latching onto Juan Mata’s pass in the 5-0 Europa
League second leg victory over Club Brugge at 0ld Traftord, his agent added: “It was also exciting for us to see his reaction, the happiness in his eyes. Couldn’t believe it.”