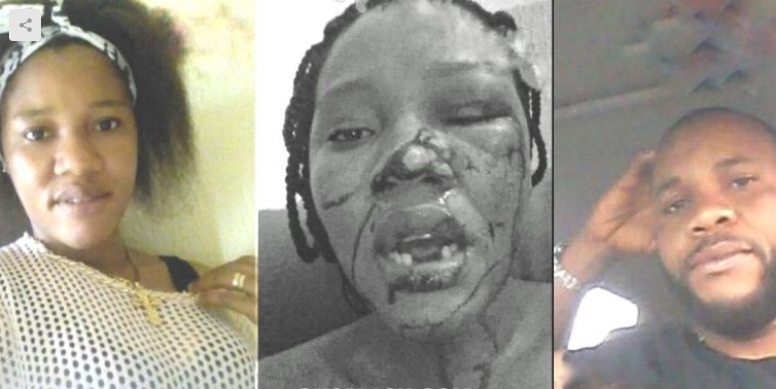 A Nigerian man from Edo State has beaten his wife mercilessly after DNA test proved he’s not the biological father of their kids.

According to reports, the Canadian based man returned to Nigeria with intentions of relocating his family from Benin, to join him in Canada.

However, things took a dramatic turn when the Canadian Embassy, as part of the visa requirements, requested for DNA test to prove the children are his.

The DNA test results came out and to the man’s surprise, not even one of the three children is his biological child.

The man reportedly got angry and returned back home, demanding explanations from his wife. But everything seems to be true when his wife couldn’t provide an answer.

Out of anger and frustration, the man pounced on his wife and beat her mercilessly to the extent that she lost 4 teeth.

– A Canada based Nigerian man has been accused of beating his wife to stupor in Ekewan trade fair area of Benin city, in Edo state. pic.twitter.com/XiwwDvH3fn

KanyiDaily also reported how a man who had always suspected that his 4-year-old son is not his, finally discovered that the boy was fathered by his wife’s lecturer.