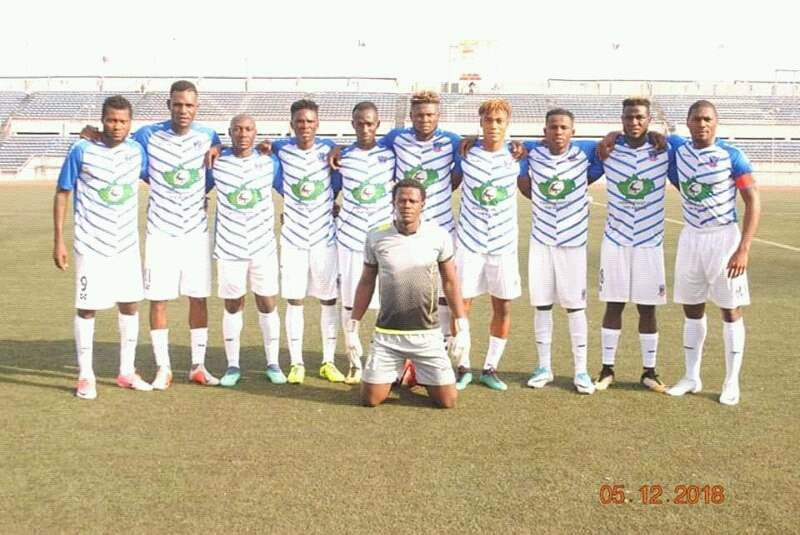 David Tyavkase says winning yet another CAF Champions League title with Lobi Stars would be a far greater satisfaction than his glorious days with Enyimba.

The 34-year-old, a veteran on the Nigerian domestic scene, was also an important member of the Enyimba squad that won successive CAF Champions League titles in 2003 and 2004 as well as the CAF Super Cup in 2004 and 2005.

At the twilight of his career, Tyavkase has yet to show signs of a spent force, and he is an integral part of Lobi Stars, back in the group stage for the first time since 2000.

“Winning titles was a routine when I was at Enyimba but winning the league last year with Lobi Stars and qualification to play in the CAF Champions League, really made me very happy, Tyavkase told CAFonline.com.

“It was the first time I was getting something with a team from my hometown and it was my fifth league title. Winning with Lobi Stars was special; it offered me fresh opportunities because I want to keep on playing football as long as I can.

“I hail from Gboko in Benue State (Middle Belt regional zone of Nigeria) and the two clubs that I grew up to know was BCC Lions of Gboko and Lobi Stars of Makurdi; so it’s a great honour for me to play in the CAF Champions League with a team from my state of origin,”

Officially, this season marks Tyavkase’s 17th year as a professional player and beside stints with Gabonese duo, CF Mounana and US Bitam, he also played for Nigerian sides including defunct Gabros (now known as FC Ifeanyi Ubah) and Heartland.

His first spell with Enyimba lasted between 2003 and 2007 when the club became a dominant force on the continent. He bolted away to Lobi Stars where he spent a year before returning to Enyimba for another two years, 2009 and 2011. He was briefly at Heartland before his expedition to Gabon and only detoured to Lobi Stars in 2016.

“I started with Gabros in the 2001/ 2002 season, and then to Enyimba in 2003. I was lucky to have started my career early at the top level with players who were far ahead of me in terms of age and experience,” he explained.

However, Tyavkase believes Lobi Stars can still progress to the quarters, adding the penultimate tie away to Mamelodi Sundowns in Pretoria is crucial to their aspirations.

“Lobi Stars have only four points now and we need all the three points in our next game against Mamelodi Sundowns to be in contention for the quarter finals. There is nothing impossible in football and we are seriously working towards getting a very good result away in Pretoria,” said Tyavkase, who has no immediate plans of hanging his boots.

“I want to keep on playing as long as I can; I can’t say this is when I want to quit playing football. I’m still very strong; I will stop playing football the day I can no longer kick the ball,” the 34-year old concluded.