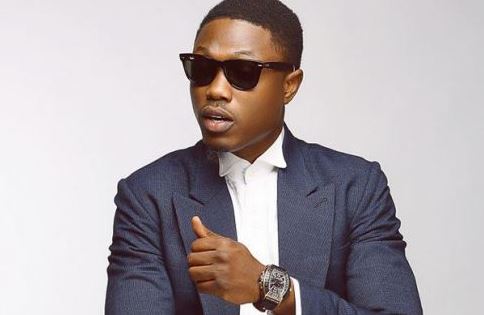 Rapper, Olanrewaju Ogunmefun, better known as Vector, says he is aware of the ongoing war against Internet fraudsters, popularly known as yahoo yahoo, but he will never judge the people in the act.

In a chat with Sunday Scoop, Vector said it would be a joke if people think he is into Internet fraud because he had decided not to judge the culprits. He stated, “I think everyone knows my story and how I started (my career) in 2009. If I am into yahoo yahoo, it will be too obvious to hide. But I don’t blame anyone who does it because I am not in a position to judge people.

“I support anything any man does as long as he knows there are consequences. Since you know you can go to jail for it and you still do online fraud, I have nothing to say to you. However, I believe in hard work and I don’t look at anyone’s time to work. I am doing my things the way I should.”

Vector also described fatherhood as beautiful and scary, saying he could never deny having a daughter outside wedlock.  He said, “Having a child means you will have a constant image of somebody in your head every day. Before my daughter was born, I was scared like every other young man. The world is now hard to raise a child. Our parents were able to protect us from certain things but it is a different thing now, especially with the advent of the Internet.

“When I lost my dad, it seemed my little daughter knew. Before I could break down, she would jump on me to play. Fatherhood comes with its own struggles but it is worth the sacrifices. I will never deny my child but she deserves her right to privacy. How about if she grows up and doesn’t like publicity?”

The rapper also stated that he wasn’t bothered about whether he would get a boy or girl when his baby mama was pregnant. He said, “I didn’t care if my child was a boy or a girl.  I even laugh when they say women want equality because it is strange to me. I have never looked down on women and I don’t expect any man to do so.”