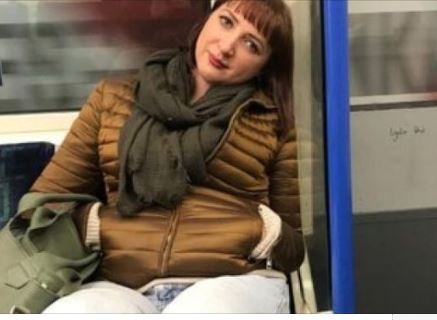 On Friday, while Faye Mooney was holidaying alongside Mathew Oguche, her colleague, at the Kajuru resort in Kaduna state, suspected bandits opened fire on the facility, killing the duo and kidnapping four others.

A witness told TheCable Mooney and Oguche were killed while trying to take cover. The incident has left many heartbroken, including family and friends of the deceased. In this piece, we look at five things about her:

The deceased was a staff of Mercy Corps, a humanitarian organisation, where she had been for almost two years. As far back as 2010, she also worked with Amnesty International as an accountability assistant.

According to a statement from Mercy Corps, Mooney finished from the University College of London from where she proceeded to the London School of Economics.

Mooney worked at the University of Soran, Kurdistan in Iran, where she taught English in 2014, and later, at International Business College, Mitrovica, as a lecturer and communications manager.

The late Briton also worked as the co-editor of Womens Views on News, an online platform that chronicles “women’s news, opinions and current affairs” to “redress the gender imbalance in global news reporting by telling the stories that the mainstream press ignores, while at the same time encouraging more feminist writers to become news reporters and editors.”

For two months, from November to December, 2016, she served as a consultant for the National Strategy Against Human Trafficking at the Centre for Peace and Reconciliation, in Kosovo, .

Grieving over her loss, her family said she was an inspiration to everyone including her students and work colleagues.

Guardian UK quoted a family source as saying: “Her bravery and her belief in a better society took her to places others feared. Faye did what she wanted; nothing held her back. Permanently against the grain, Faye was unconventional to the core. Her family and friends are so proud of who she was and of everything she achieved in her short but purposeful life. Her memory will always be cherished.”

Mercy Corps also described her as “a dedicated and passionate” official who had been with them for almost two years.

A statement from the organisation noted she devoted her time to “making a difference in Nigeria, supporting our teams and the communities we work with to tell their stories of impact, and leading efforts to counter hate speech and violence.”

The British high commission also mourned her loss and offered its “most profound sympathies and condolences to the families and friends at this difficult time.”