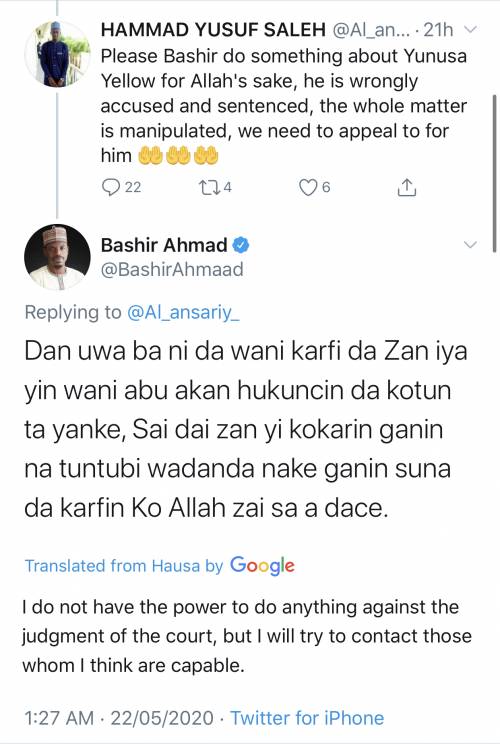 Bashir Ahmed, Special Assistant to President Muhammadu Buhari on New Media, has promised a Twitter user to intervene in upturning the conviction of a Nigerian court.

Oruru was reportedly abducted by Dahiru in Bayelsa in 2015 as a 13-year-old before being taken to Kano State where she was allegedly forcefully married and impregnated by Dahiru.

A Twitter user, Hammad Yusuf Saleh, had asked Ahmed to intervene in upturning the conviction by the court which he says was manipulated.

His tweet reads, “Please Bashir, do something about Yunusa Yellow for Allah’s sake, he is wrongly accused and sentenced, the whole matter is manipulated, we need to appeal for him.”

In response, Ahmed said, “My brother, I do not have the power to do anything against the judgment of the court, but I will try to contact those whom I think are capable.”