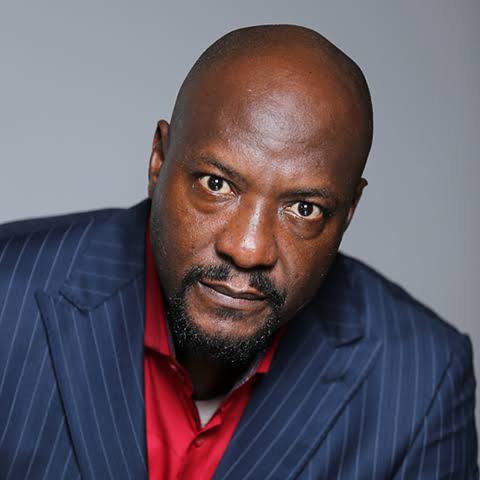 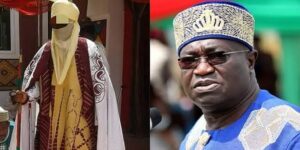 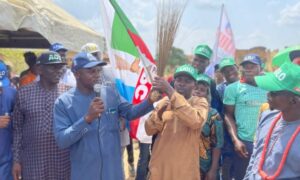 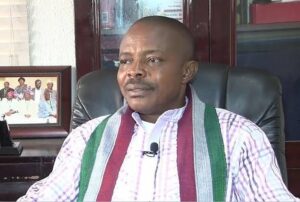 As we approach the 2023 presidential elections, as it has become the norm in the Nigerian political scene, issues of ethnicity, religion, and region of the presidential candidates continue to dominate the headlines and criteria for support while the issue of which candidate is best equipped to fix the economy and make life better for Nigerians has taken the back seat.

The irony in all this is that the foremost responsibility of our political leaders is to ensure the welfare and security of the people. While the ability to effectively manage and grow the economy will take care of the welfare of the people, issues of ethnicity, religion, and region add zero value to the effectiveness of our leaders other than the fact that politicians use it as a tool to distract and divide us while they take away our attention from what matters most to us which is our economic welfare.

The more pertinent issue is that the economy is now at it’s lowest ebb given the fact that all the economic gains achieved since the return to democracy in 1999 have been reversed in the last seven years by the current administration that appears clueless as far as managing the economy of the country is concerned.

As a result of this per capita income of Nigerians has dropped by over 50% since 2015 while the Naira has lost over 70% of it’s value within the same period. This has resulted in the prohibitive cost of goods and services, high
unemployment rate, declining productivity, excruciating national debts, increased crime rate, and Nigeria becoming the poverty capital of the world at a time when other third world countries are fast pulling their citizens out of poverty.

Given the grim existential reality we find ourselves in, given the pathetic state of the country’s economy, in our self-interest it only makes sense that we collectively support a candidate that is best equipped and has a proven track record to fix the economy and of all the presidential candidates soliciting for our votes next year, only one of them has a credible track record with growing the economy and has also demonstrated his preparedness to get our country’s economy back on track.

As is the current situation today, at the return to democracy in 1999, the Nigerian economy was at its lowest ebb with the GDP growth rate having stagnated at 0.58%, huge external debt of $35 billion, and debt service obligations in excess of $3 billion per annum, foreign reserves at less than $3 billion, GDP per capita of less than $500 and oil prices at less than $17 per barrel.

Without blaming the past military administrations for the nation’s woes, the
Obasanjo administration set to work and assembled an economic team under the supervision of the then Vice President Atiku Abubakar who was put in charge of the economy while Obasanjo focused more on international diplomacy to restore Nigeria’s battered image in the international community.

Having set the economy on the path of sustainable growth, they also ensured that the country’s resources were very well managed and were able to grow the country’s foreign reserves by the highest margins in the
country’s history even after paying off our external debts through a negotiated settlement in an agreement in which they were able to save the country a whopping $18 billion.

That asides they initiated several economic policies which helped to accelerate the growth of the country’s economy and create jobs such as the bank consolidation program which grew our banking industry by over 300% in just two years, the pension reforms which has now grown our pension funds to be in excess of 14 trillion Naira and remains the largest single pool of funds in the Nigerian financial services industry till date, the Local content policy in the oil industry which retains on average $8 billion worth of oil service contracts to local entrepreneurs while ensuring technology transfer, the cement industry policy which boosted local cement production, saves the country $3 billion annually from money spent on imports and created hundreds of thousands of jobs down the value chain, liberalization of the telecoms industry which attracted tens of billions of dollars into the economy and grew the telecoms industry by over 30,000% within fifteen years amongst several other policies that added up to make Nigeria the fastest growing economy in Africa and resulted in Nigeria becoming the biggest economy in Africa by the time the economy was
rebased in 2013.

It was this same rapid economic growth that Lagos being the commercial capital of the country benefited from and allowed it to significantly grow it’s IGR from the companies thriving based on the economic policies. Ironically, it is someone that added zero value to these companies apart from taxing them that has been busy claiming credit for the IGR growth over the years.

In addition to the vibrant growth-inducing economic policies, as part of the efforts to manage the country’s resources judiciously, the Economic and Financial Crimes Commission (EFCC), Independent Corrupt Practices Commission (ICPC) were established to institutionalize the fight against corruption while the National Agency for Food Drug Administration and Control (NAFDAC) was strengthened to make the fight against fake drugs more effective in the country. The Budget Monitoring and Price Intelligence Unit (BMPIU) popularly known as Due Process office was also established to cut the high cost of procurements and contracts, thus saving the federal government hundreds of billions of Naira yearly in the process.

Growing the economy didn’t happen by chance, it took a lot of hard work, strategic planning, commitment, and tenacity which the Atiku-led economic team of the Obasanjo administration exhibited to make Nigeria become the fastest-growing economy in Africa. Given the economic predicament in which we find ourselves today, it is inevitable that we must elect a president that is not just committed to revamping the economy but has a proven track record and experience in this regard.

Apart from having the most robust and realistic plan for the country, Atiku Abubakar plans to address the biggest challenge entrepreneurs have in the country with a $10 billion economic stimulus plan to finance Small and Medium-scale Enterprises (SMEs) in the country to stimulate economic growth. On the contrary, his main opposition’s plan to grow the economy is to recruit 50 million youths into the army and feed them with agbado (corn) and cassava to stimulate demand and supply thus betraying his
cluelessness in managing the economy for growth.

Another frontline candidate is fond of banding slogans such as ‘moving the economy from consumption to production” without any clearcut economic plan of how he intends to achieve this feat but if we are to go by his antecedents in which the poverty rate in his state went up from 41.4% to 53.7% under his leadership as governor, we can safely conclude that all his noise about moving the country from ‘consumption to production’ is mere propaganda as he has demonstrated a very poor ability to manage and grow the economy in his most recent public assignment.

As we approach the 2023 elections, we as Nigerians have to stop allowing sentiments, emotions, and propaganda to influence our decision-making process. We have to identify the candidate that is best equipped to ensure that our best interest as Nigerians is taken care of and which is revamping our economy and growing it for our collective benefit.

In ending this article, I must submit that it is actually in our enlightened self-interest as Nigerians, to vote for Atiku Abubakar as the next president of the federal republic of Nigeria as he is the candidate that is best equipped to fix our ailing economy, grow it and ensure that we all as Nigerians enjoy a better standard of living and higher quality of life. Our welfare is what matters most and it only makes sense that we support the man who has a solid track record of phenomenal performance in managing and growing our economy. 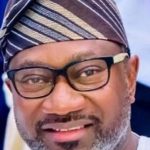 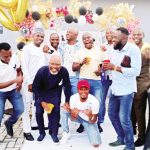 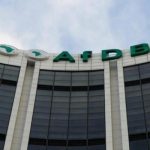