Pregnant mothers and infants aged two to seven months were among those saved.

The police allegedly attacked the criminals’ hideout, arresting a large number of them and recovering sophisticated armaments.

Ayuba Elkanah, the Commissioner of Police of Zamfara State, said this on Tuesday in Gusau, the state capital.

He said, “At least 97 kidnapped victims including seven pregnant women, 19 babies and 16 children were rescued unconditionally.

“The breakdown of number of recued victims in each of the two local government areas are enumerated below.

“An extensive pressure was mounted as a result of the ongoing military operation around the camp of a notorious bandit’s kingpin known as Bello Turji that covers Shinkafi, Zurmi and Birnin Magaji local government areas. 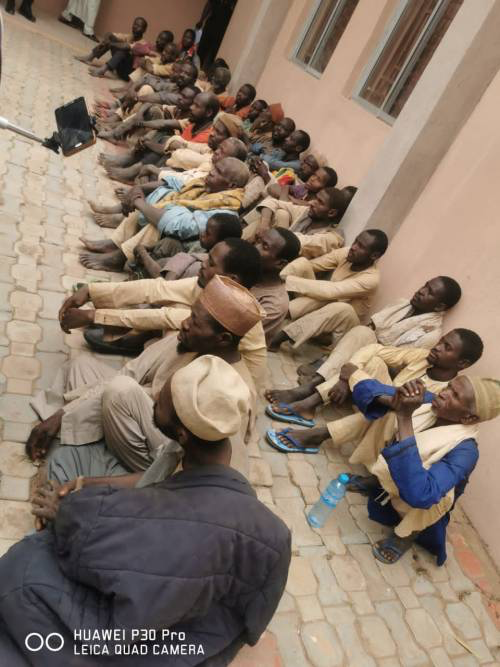 “On 3rd January, 2022, police operatives deployed at Shinkafi axis received an intelligence report that some kidnapped victims were seen stranded in the bush.

“The police operatives in collaboration with genuine repentant bandits and vigilante swung into action and rescued 68 victims from the forest.

“The victims were in captivity for over three months and they include 33 male adult, seven male children, three female children and 25 women including pregnant/nursing mothers respectively.

“The victims were abducted for over 60 days from three villages namely; Adarawa, Gana and Bayawuri in Rijiya District of Gusau LGA, they include 25 female including pregnant/nursing mothers and four male children.

“The victims were said to have been abducted by a bandits’ kingpin, Ado Aleru.

“All rescued victims are currently receiving medical treatment from the joint medical teams of the state government and the police.”