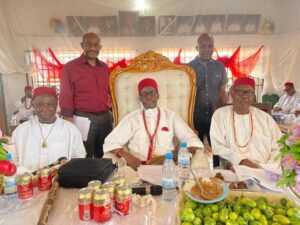 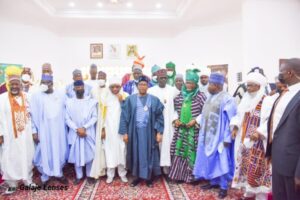 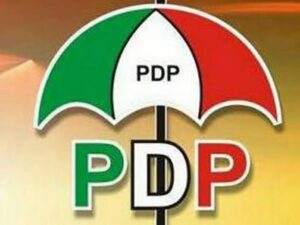 The Buhari administration was responding to a lawsuit brought by state governments, which sought to prohibit deductions from their monthly allocations to pay for obligations related to Paris Club returns.

According to The Nation, the federal government claims that the states caused the problem by neglecting to pay the experts they hired, prompting the consultants to sue them and the Nigerian government in court.

They argued in court documents filed on their behalf by a team of lawyers led by Mrs. Maimuna Shiru, acting Director, Civil Litigation, Federal Ministry of Justice, that the states could not now oppose the Nigerian government’s decisions to make deductions to settle what the states and local government areas owe the same consultants because they had admitted engaging the consultants.

The President, who is the first defendant, and the other four defendants argued that the complaint was an attempt by the states to avoid culpability since they had profited from the consultants’ services.

“At the moment, there is no pending appeal or order for stay of execution against any of the judgments or garnishee orders absolute, either at the instance of the plaintiffs, the NGF, ALGON or any other entity.

“The 36 state governors, who have been operating under the aegis of the NGF in receiving payments under the Paris Club refunds, engaging consultants, executing terms of settlement leading to consent judgments, have now turned around to sue via their state Attorneys-General in order to circumvent existing legal liabilities.

“All the learned silks (Senior Advocates of Nigeria) representing the plaintiffs in the instant suit have also represented the NGF in various litigations over the years on the same subject matter, which shows that they and the plaintiffs were fully aware of the issues at stake and did not, at any time before now, seek to differentiate between the plaintiffs and the NGF in respect of the transactions,” the Buhari government said.

The President and others referred to one of such cases, marked: CA/A/521/2016 in which the Central Bank of Nigeria (CBN) attempted, but failed, at the Court of Appeal, to set aside a garnishee order absolute got against it by Linas International and 250 others in relation to one of the judgments.

It said, “It is instructive to note that Ahmed Raji (SAN), who is now one of the senior counsels to the plaintiffs, represented the garnishee (CBN) in the above garnishee proceedings before this honourable court and even presently before the Supreme Court.”

The President and others, while querying the competence of the suit, insisted on proceeding with the planned deductions, arguing that the federal government’s decision was in compliance existing judgments and orders of courts.

On December 21, the planned hearing of substantive case along with the objections raised by the defendants became impossible in view of the non-conclusion of the necessary filings by parties, a development that made Justice Inyang Ekwo to reschedule hearing for February 15.