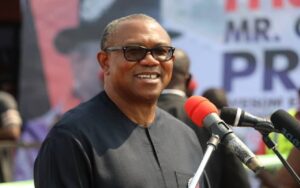 On Wednesday, less than 24 hours after suspected bandits kidnapped scores of travelers along the Kaduna-Zaria Road, another attack occurred.

Bandits have abducted five individuals in the Dallatu and Kasuwar Da’a regions of Dutsen Abba in Zaria Local Government Area, according to an eyewitness who identified himself as Rabiu Musa.

Suspected bandits blocked the Kaduna-Zaria Road on Monday, killing three people and kidnapping numerous others, who were then loaded into a waiting bus and taken to their cave.

They struck again on Wednesday, resulting in the kidnapping of five more people.

Mohammed Jalige, the Public Relations Officer for the Kaduna State Police Command, did not reply to calls and text messages seeking confirmation.