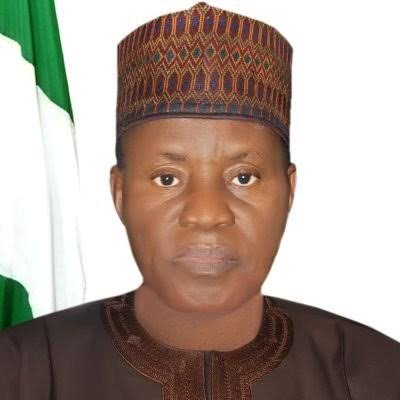 Facts have emerged about the mystery surrounding the release of $1 billion (one billion US Dollars) to the Nigerian military for arms procurement to fight insurgency, currently being investigated by the House of Representatives.

Tongues have been wagging regarding the tale that no account has been given by those concerned on how the war equipment cash was utilized.

Fresh findings by Global Excellence have revealed that the award of the contracts for the arms purchase and subsequent release of the funds were solely the responsibility of the Ministry of Defence.

When the House of Representatives’ Ad Hoc Committee probing the Purchase, Use and Control of Arms, Ammunition and Related Hardware by Military, Paramilitary and Other Law Enforcement Agencies in Nigeria invited the current Chief of Army Staff, Lt-Gen Ibrahim Attahiru, to give more explanations on the arms procurement, the army chief who was barely three months in the office told the investigating committee that he was new on the job, therefore he was not in the position to give account on the contract for the arms buying.

Meanwhile, contrary to the general notion that the immediate past service chiefs were in charge of the procurement, the Ministry of Defence has been found to be entirely responsible for all transactions surrounding the arms purchase.

According to Global Excellence’s reliable source, the former minister of Defence, Mansur Dan-Ali, coordinated the fund approval and payment of about $490m to the American government for the procurement of 12 Super Tucano aircraft for the Nigerian Air Force. The source added that the fund, which was approved early 2017 but finally released for purchases in 2019, was paid direct without any agent or middle businessman. The source said that due process for the award of contracts for the procurement of the military equipment for the Armed Forces was began by Mansur Dan-Ali, a retired Brigadier-General and concluded by the current Minister of Defence, Bashir Magashi, a retired Major-General, adding that all the contracts were awarded and mobilization paid based on the contract agreements and some have been concluded while some are still ongoing. Therefore, the source affirmed, no single cent was given to the Army or Navy or the Air Force from the $1bn ECA fund for military equipment procurement. The entire money was spent by the Ministry of Defence.

However, apart from the $490m paid to the US government for 12 Tucano jets, there is documented evidence of other contracts that were awarded by the Ministry of Defence for the purchase of more military critical hardware.

On Monday, September 17, 2018, an approval was given by the Ministry of Defence for a trade and export international agency to procure two types of vehicles, Reutech Surveillance Equipment, three types of weapons and three types of ammunitions for the Nigerian Army worth $99,538,467.23 (ninety-nine million, five hundred and thirty-eight thousand, four hundred and sixty-seven US Dollars and twenty-three Cents).

On Wednesday, February 5, 2020, the Ministry of Defence awarded the same company the contract to purchase for the Nigerian Army, Nigerian Navy and the Defence Intelligence Agency with 60 units of Legion MRAP including DSHK Guns, CODAN HF Vehicular Radio and Automatic Turret with pre-shipment inspection; 24 units of Phantom II Armoured Personnel Carriers (APC) including pre-shipment inspection, complete with spares, training and maintenance. The approved cost for the procurement was $43,680,000.00 (fourty-three million, six hundred and eighty thousand US Dollars).

A document seen by Global Excellence shows that the contracts, signed by a top director in the of procurement department on behalf of the Honourable Minister of Defence, were certified ‘No Objection’ by the Bureau of Public Procurement and, subsequently the Federal Executive Council’s (FEC) endorsement was granted for the purchase.

In light of this clear evidence, Nigerians are asking the Minister of Defence to come forward and defend his office while they are condemning the decision of the House of Representatives committee for summoning the Chief of Army Staff instead of inviting the minister whose office was entirely accountable for the arms fund spending.