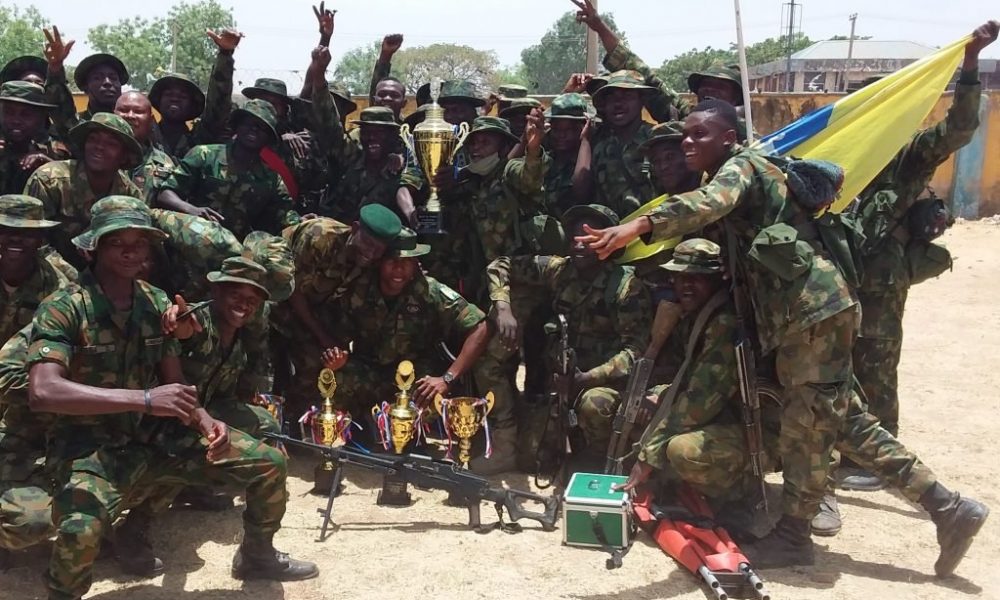 Ali -Keffi gave the charge at the closing ceremony of the 5-day Inter-Brigade Competition on Friday in Kano.

The Inter-Brigade competition was organised by the 1 division for corporal and soldiers to enhance their effectiveness.

He said the army hierarchy accorded premium to the training of its personnel to build their mental and physical fitness,  in line with its policy for a disciplined and professional Army.

“Corporal and below are important section of winning a war, therefore, quality of training and standard are required.

“Your physical and emotional preparations are of paramount importance and can only be achieved through regular training.

“It is, therefore, necessary for all of you to adequately train in order to ensure optimal performance at all times,” he said.

Ali-Keffi said the army authourities had adopted proactive measures to train its personnel and initiated incentives to reward excellent performances and encourage professionalism.

While congratulating participating companies who won trophies, Ali-Keffi announced special promotion of three female soldiers to the next ranks for outstanding performances in the competition.

The GOC further enjoined parents in the Barracks to ensure proper education and moral upbringing of their children to make them responsible members of the society.

Ibrahim said the competition was designed to enhance their leadership capabilities, organisational abilities as well as promote unity and team spirit.

The competition,  he said, was also aimed at preparing and building reputations of the army to enable it surmount all adversaries.

The Commander, 3 Brigade, Kano, Brig.- Gen. Bamidele Alabi, who was represented by  Lt.-Col. M Markus, Commanding Officer, 3 Military Intelligence Regiment lauded the GOC for his support to the competition.

Alabi also commended the organising committee for the successful conduct of the competition.

The News Agency of Nigeria (NAN) reports that the participating soldiers are  drawn from the 1 Division Garrison, Kaduna; 31 Artilary Brigade, Minna in Niger and the 3 Brigade, Kano.

The 3 Brigade, Kano won the first position with 560 points and the 1 Division Garrison clinched the second position with 500 points while 31 Artillery Brigade came third with 380 points.

The winners were presented with various trophies for excelling in various events of the competition.