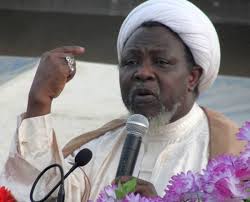 The leader of the Islamic Movement of Nigeria, Sheikh Ibrahim El-Zakzaky, and his wife, Zeenah, have been classified as political prisoners by United State.

This was contained in the United State 2020 reports on Human Rights Practices issued by the State department.

The report read in part, “Political prisoners and detainees. IMN’s leader, Sheikh Ibrahim Zakzaky, and his spouse remained in detention. In 2018 the Kaduna State Government charged Zakzaky in state court with multiple felonies stemming from the death of a soldier at Zaria.”

Recall that El-Zakyzaky was arrested in December 2015 after forces belonging to the Nigerian army clamped down on his supporters, killing at least 347 of his members. He was alleged of blocking a public road being used then by the Chief of Army Staff, Lt.-Gen. Tukur Buratai.

For several months, he was detained without trail triggering his lawyer, Mr. Demi Falana (SAN) to file a suit before a Federal High Court in Abuja.

Justice Gabriel Kolawole in December 2016, ordered the Shi’ite leader and his wife be released from detention into an accomodation that must be

In December 2016, Justice Gabriel Kolawole ordered that El-Zakzaky and his wife be released from detention into an accommodation that must be provided for them within 45 days.

This judgement, however, was ignored by the Federal Government.

El-Zakyzaky was arriagned by the Kaduna State Government in April 2018 on right counts bordering on culpable homicide, unlawful assembly and disruption of public peace, among others. However, no army officer was brought to book for the killings. 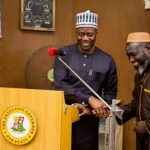 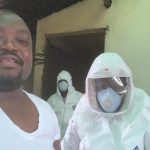