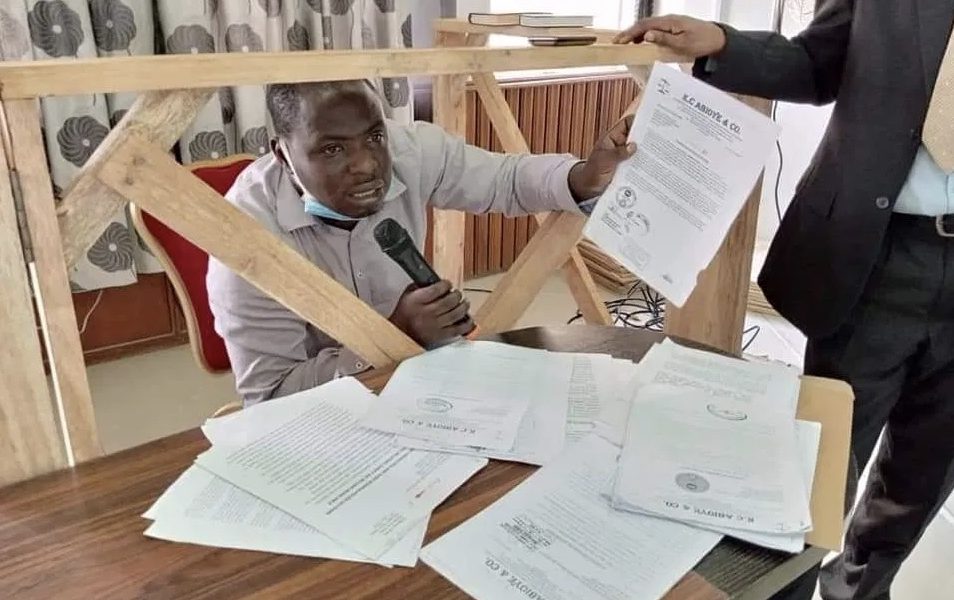 Osun Judicial Panel of Inquiry: How police allegedly connive with syndicates to defraud me of N36million, petitioner recounts ordeal 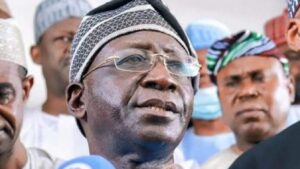 …as panel harps on diligent prosecution

As Osun Judicial Panel of Inquiry on Police Brutality, Human Rights Violations and Related Extra Judicial Killings resumed sitting on Thursday, one of the petitioners, Mr. Adeolu Paul Sunday narrated how he was allegedly duped of #36million by four business syndicates in Lagos in 2016.

He said he was defrauded by the alleged business syndicates who were allegedly aided by the police to escape justice after being apprehended.

This is even as the panel harped on diligent prosecution, noting that it would not hesitate to strike out any case found wanting as the panel is resolute to ensure justice for all.

Recounting his ordeals at the hands of the police, Sunday, who claimed to be a businessman supplying electrical appliances and installation, said he was tricked to pay a sum of N36million into different accounts by the fraudsters.

He explained that in the quest to raise the money, he had to borrow a sum of N1.8million from his banker friend to augment the said money paid into the accounts of the syndicate members for the supply of electrical installations.

The petitioner further explained that the case was later reported at the Dugbe Police Division, Osogbo, by his friend who borrowed him N1.8million when he couldn’t refund the money on time.

“I am a practicing engineer dealing in electrical installation, inverter and solar energy installation with Certificate of incorporation RC 1256413 dated April 22 2015.

“I met one Mr. Kunle Ogunbanwo in 2016 who claimed to be a major supplier of electrical installations and we both agreed to run business together before I noticed that he had ulterior motive to defraud me.

“I started sending money into the accounts to the tune of N36million  having taken me to his different warehouses in Lagos with the assurance of prompt delivery of all I applied for without knowing that he had an intension to dupe me.

“In the course of raising the money, I went into borrowing where I took a loan of N1.8million from one Mr. Abdulrahman Hasan Raji, a friend of mine who later went to report the case to Police in Osogbo when I couldn’t pay him back as agreed.

“Upon this, I was arrested on 4th December, 2016 by Sergeant Muritala Muhammed and Late Inspector Femi Awoyemi both of Dugbe Police Station, Osogbo for failing to pay back the money that I borrowed from the complainant. I was detained and tortured mercilessly for seven days without being tried.

“But later, when I narrated what I used the money for and how I was duped by the syndicate members, Sergeant Muritala Mohammed and Inspector Femi Awoyemi who were serving at Dugbe Police Station, Osogbo, at the material time, both travelled to Lagos to effect arrest of suspected criminal gang members who defrauded me having seen the evidence of different banks deposit tellers that showed that I had been defrauded.

“Though four of the suspected fraudsters were arrested through the account numbers that I sent the money to, to my surprise, the Police later  released them.

“I am pleading to the panel to look into my petition and bring the erring officers to justice because if the suspects were not released, I would have gotten my money back”, he added.

Corroborating his client’s claims, the counsel to the petitioner, Barrister K.A. Adebisi prayed the panel to order a fresh probe of the complaints of fraud by the petitioner against the main suspects (Kunle Ogunbanwo, Hon. Bello, one Mr. Ayoola) and their cohorts who were  arrested but assisted to escape in a very shaddy and dubious circumstance.

“We also want an order of this revered Panel to the appropriate authority having powers to sanction the erring police  found guilty by allowing the culprits to escape justice, thus violating the fundamental rights of the petitioner to access justice as enshrined in section 6(6) (b) and 36 of the CFRN, 1999 (As Ammended) to serve as deterrence to others,” he appealed.