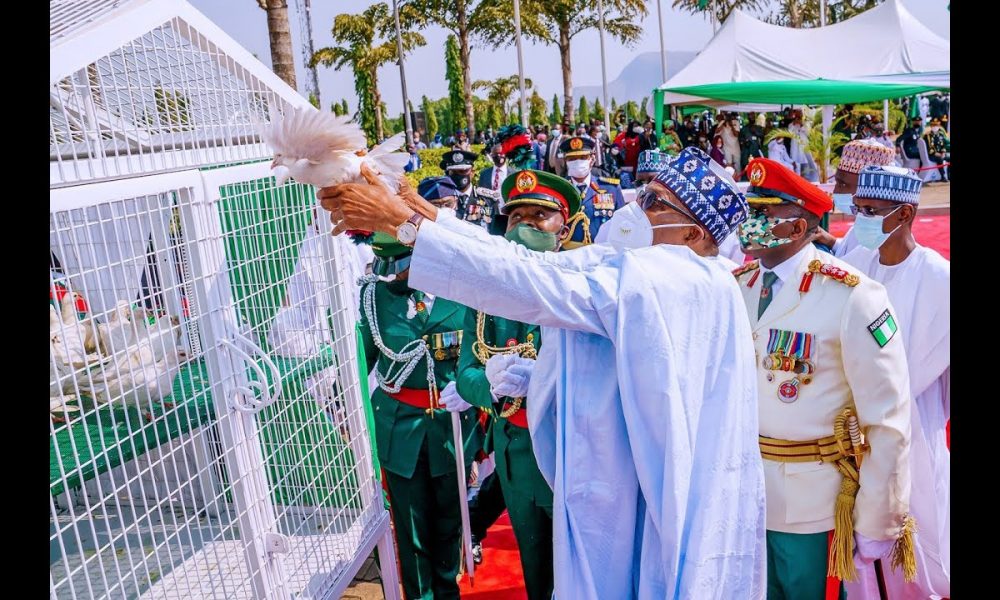 The Presidency has explained why pigeons refused to fly during the Armed Forces Remembrance Day ceremony.

President Muhammadu Buhari’s Special Adviser on Media and Publicity, Femi Adesina said the pigeons could not fly because they have been kept in a cage for a very long time.

As a mark of peace, the president usually released white pigeons from a cage during the Armed Forces Remembrance Day ceremony.

But during the 2021 edition of the ceremony, the pigeons refused to fly after Buhari released them from their cage.

This drew negative reactions from Nigerians who described the development as a bad luck.

However, Adesina in an article titled: “Reflections from a wreath laying ceremony”, said: “When birds and some other roaming animals have been circumscribed for a while, they get accustomed to their new status as lawful captives. Therefore, when you offer them freedom, they first baulk, thinking it’s too good to be true. It’s a natural phenomenon.

“President Buhari opened the cage that held the pigeons, about a score or so. One hesitated, then flew, followed by another.

“The others temporized a bit. And then, two, three minutes later, they all took to the sky. Nothing extraordinary in the development, you would think.”