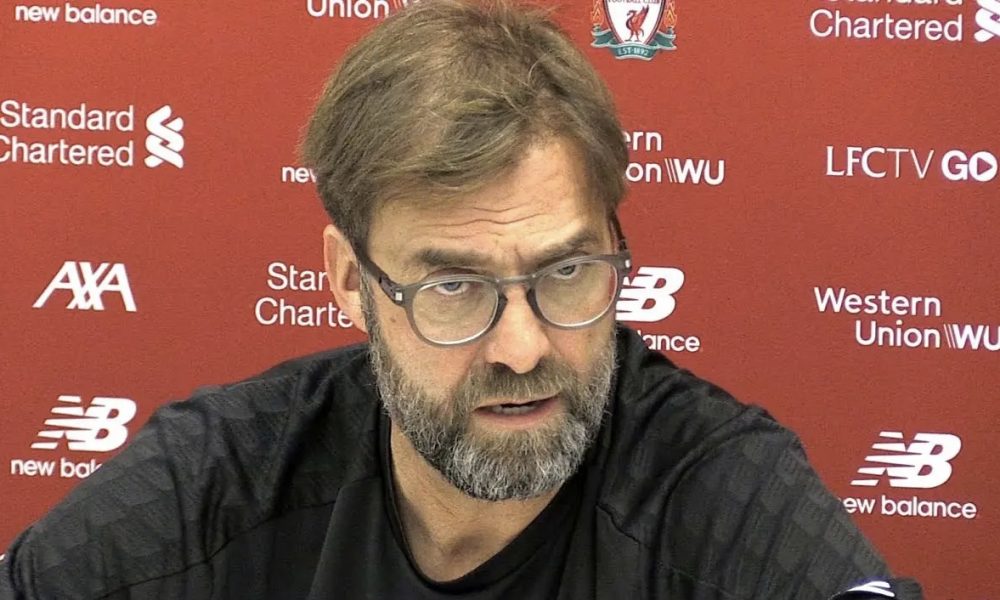 Liverpool manager, Jurgen Klopp, has confirmed that Naby Keita will miss his side’s Premier League clash with Manchester United on Sunday evening due to injury.

Klopp said that Keita is not ready for the Man United clash, adding that the midfielder needs to get 100 percent fit before he can feature for Liverpool again.

The Reds boss said this during his pre-match press conference on Friday.

Liverpool head to the game following a 1-0 defeat to Southampton in their last Premier League encounter.

“Naby is not ready for involvement. It’s not a big thing; it’s a little bit like with other players in the past when they came back from injuries and then because of the number of games and situation in the squad they had to play,” Klopp said.

“Then, a little injury happened again. Now we just had to put on the brake and say, ‘Let’s settle it properly.’

“At the moment we have alternatives in midfield, so we really try to give him all the time he needs to get 100 per cent fit.

“That’s the situation, so no, he is not in contention for Sunday.”

The kick-off time for Liverpool vs Man United match is 5:30 pm, Nigerian time.