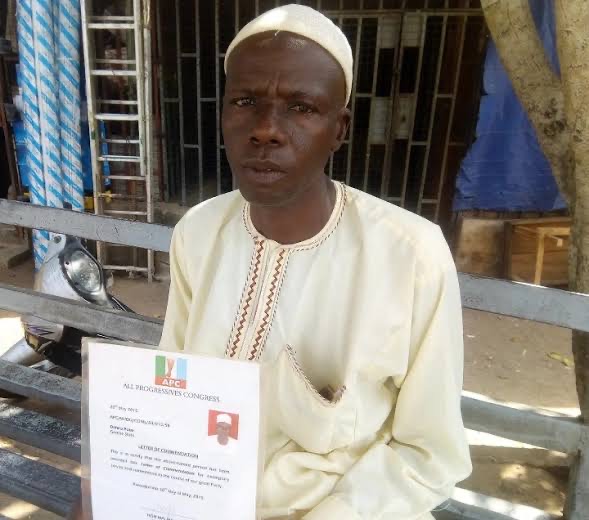 Nigerian man who walked over 550 kilometres to celebrate President Muhammadu Buhari’s victory in 2015 has launched a public appeal to raise funds to treat his broken limbs.

Yahaya and other ruling party chiefs to come to his aid.

“Since the time I conducted the trekking, the limb pain is growing by the day,” Mr. Buba told Daily Trust.

He said the only reward he received for the 2015 walk was a certificate from Mai Mala Buni that acknowledged his status as a good fan of Mr. Buhari and the APC. Mr. Mala Buni is now the governor of Yobe. He gave Mr. Buba the certificate in his previous capacity as APC secretary.

Dozens of Nigerians walked from different parts of the country to Abuja to show support for Mr. Buhari when he became the first politician to defeat an incumbent president in March 2015. Some of the walkers have since publicly expressed regrets for supporting the president, whose economic and social policies have drawn widespread criticism.