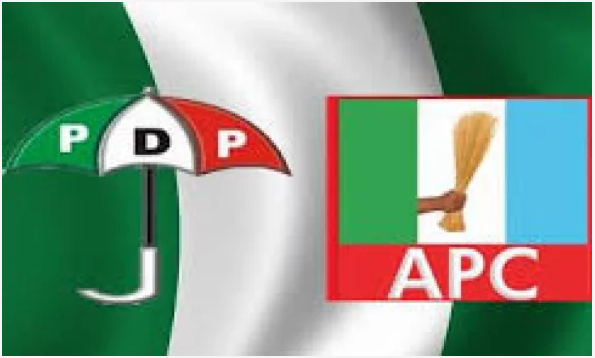 Writing in the PUNCH of Tuesday, September 22, 2020, Azuka Onwuka posed a probing question: “What will the Supreme Court say?”

This is in respect of the governorship poll held in Edo State, which returned incumbent Godwin Obaseki. Onwuka, tracing how the judiciary has become the “endorser” of elections, noted that: “Even though Obaseki has been declared the winner of the Edo State election, everyone should not take it for granted that he will be the governor… for the next four years.

“The Supreme Court has to endorse the result released by INEC for it to stand, unless Obaseki’s opponents decide not to challenge the result in court.”

Well, the poll result isn’t likely to be endorsed by the apex court, as the losing All Progressives Congress (APC) strives to close the window on itself and its candidate, Pastor Osagie Ize-Iyamu. Ize-Iyamu is reportedly under pressure, not from the Peoples Democratic Party (PDP) that fielded Obaseki at the poll, but from the leadership of the APC, to back off from such a prospect.

There’s no precedent to recall for what occurred in the past weeks: That the hierarchy of the party that lost an election would lead in commending its defeat and that of its candidate.

This is the uncharted stand of Nigeria’s ruling APC that lost the governorship poll to the opposition PDP, which’s become the ruling platform in Edo State since mid 2020. The election had pitched Obaseki against Ize- Iyamu, with the Independent National Electoral Commission (INEC) declaring Obaseki winner with 307,955 votes to Ize-Iyamu’s 223,619 votes.

But as the Edo chapter of the APC rejected the INEC declaration over alleged fraudulent practices, President Muhammadu Buhari congratulated Obaseki, for winning the poll “fair and square.”

Days later, the national headquarters of the APC aligned itself with Buhari’s position, and congratulated Obaseki and the PDP for their deserved victory against the APC and its candidate. Some governors of the APC also felicitated with Obaseki who, until June 2020, was a member of the party, but had to decamp to the PDP when he’s disqualified from the APC primaries.

To complete the seeming choreographed action against his platform, Buhari played host to Governor- elect Obaseki and Deputy Governor-elect Philip Shaibu at the Presidential Villa in Abuja. At the rendezvous, Buhari, on a very serious matter, jokingly said: “I thank you (Obaseki) for bringing your deputy and supporters to come and see me after beating my party.”

Buhari said his commitment to deepening Nigeria’s political culture informed his instruction to the Inspector-General of Police (IGP), Mohammed Adamu, “that elections must be free and fair.” Nobody can fault Buhari’s propagation of free and fair elections.

Hence, his “instruction” to the IGP would mean to put a stop to the shenanigans of the security agencies during elections. Yet, why the “special interest” in the Edo poll? And why the rush by the president, the APC Caretaker Committee and governors to concede defeat, and “pressure” Ize-Iyamu to accept same?

Was the poll really the “people’s voice against godfatherism” – a reference to alleged antics of former National Chairman of the APC, Comrade Adams Oshiomhole, who’s Obaseki’s godfather in 2016? Hours after the election, the Edo APC claimed it wasn’t free and fair.

Chairman of the Media Campaign Council, Mr. John Maiyaki, alleged that the party’s votes were falsified to advantage the PDP. Maiyaki’s words: “Our people were arbitrarily arrested, many of the figures were fabricated.

There was illicit tampering with results, to shore up PDP’s numbers and mark down APC’s.

“Areas where we won, they cancelled the results. They decreased the votes in areas we had advantage. They rejected our results and jerked up theirs. “There was arbitrary arrest of local party members, who could have resisted the outrage, while Obaseki was busy diverting attention with false alarm… from the evil going on in the field.”

These are weighty allegations, including result on social media purporting the APC’s leading in the poll from votes secured at the polling units before the results were uploaded to the INEC portal.

Which raises fundamental posers: Are the uploaded results the same as those declared in the presence of party agents, voters, security operatives and election observers? Who but the INEC officials know the “actual” results fed onto the dedicated portal?

Couldn’t the electoral officials, while uploading the results, change the figures, as declared publicly? Nonetheless, the deputy chairman of the APC Campaign Council and governor of Imo State, Senator Hope Uzodinma, corroborated the alleged poll fraud on September 19, and vowed that the party would seek remedy in the courts.

Commenting on the result on his twitter handle @pastorizeiyamu, Ize-Iyamu said: “I thank and appreciate my supporters, who had to endure many evils, including being prevented from voting, for their support and determination during the election.

“I assure you all that I am studying the results, along with other party members, and will announce my next move soon,” which he hasn’t done even after meeting with APC’s Caretaker Committee in Abuja, and denying he’s under pressure to concede defeat.

It’s understandable for the APC leadership to want to bury the “ghost” of Comrade Oshiomhole, who the party heavyweights have blamed for APC’s crises and electoral losses since 2019.

Oshiomhole, sacked from his chair by a combined effort of some APC governors, including Obaseki then, and the party leadership, defied all odds, and campaigned for Ize-Iyamu at the Edo poll.

Perhaps to halt the momentum of the Ize-Iyamu- Ganiyu Audu campaign, the APC apparatchik aborted its final Mega Rally on September 17, even when governors of the APC Campaign Council were in Benin City.

Who ordered the brakes pulled on the rally? So, it’s no surprise the APC has rebuffed Ize- Iyamu, who spotted malpractice at the poll, and accepted the outcome – a move the PDP wouldn’t have contemplated if it’s the “losing” party.

PDP’s playbook is: Every poll must be won, and any contest that doesn’t go its way should be denounced as rigged. (Watch out: PDP will raise hell if defeated in Ondo 2020 on Saturday, October 10).

Yet, they’re the master riggers of “do-or-die affair” in elections since 2003, deploying political “Garrison Commanders” in the 36 states and Abuja, under a national leader aliased, “Mr. Fix It”.

Then, Nigerians were told: “There is no vacancy in Aso Rock” and “No vacancy in Government House” of PDP states. And the party would gladly ask any “captured” opposition state to “go to court.”

The APC action more than meets the eye, as it doesn’t mind, because of Oshiomhole, to gift its votes to PDP, which would’ve sought “foreign intervention” to reclaim its “stolen mandate.”

Rather than cheerleading to prevent the aggrieved from taking further steps on the Edo poll, the APC should, at least, allow the PDP to ask Ize- Iyamu, who wears the shoe, to “go to court.” By the way, didn’t Buhari ventilate his three consecutive losses of presidential election in the courts, up to the Supreme Court, in 2003, 2007 and 2011?

Did anybody stop him from doing so? What’s sauce for the goose is sauce for the gander. Instead of throwing him under the bus, the APC should encourage, and assist Ize-Iyamu to prove his fraudulent poll claims at the tribunal.