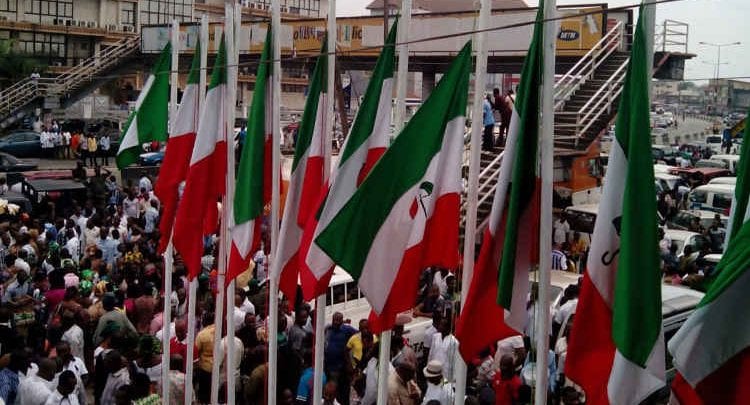 Some members of the Peoples Democratic Party, PDP, on Thursday, asked the National Executive Committee (NEC) of the party to probe some National Working Committee (NWC) members.

The members, under the umbrella of the Conference of All PDP Support Groups, made this known during their protest at the party’s presidential campaign office in Abuja.

Ezeji Chidozie, who led the protest, told newsmen that some NWC members were causing disunity and crisis in the Niger State chapter of the party.

The protesters carried banners and placards with different inscriptions such as ‘We don’t want warring factions to emerge in Niger PDP ahead of 2023’, among others.

They specifically asked the NEC to question the party’s national financial secretary, Abdullahi Maibasira, on his role in Niger PDP affairs.

Reacting to the protest, the PDP Deputy National Publicity Secretary, Diran Odeyemi, advised party members to always follow the constitutional way of expressing their grievances and not allow themselves to be sponsored against the party.