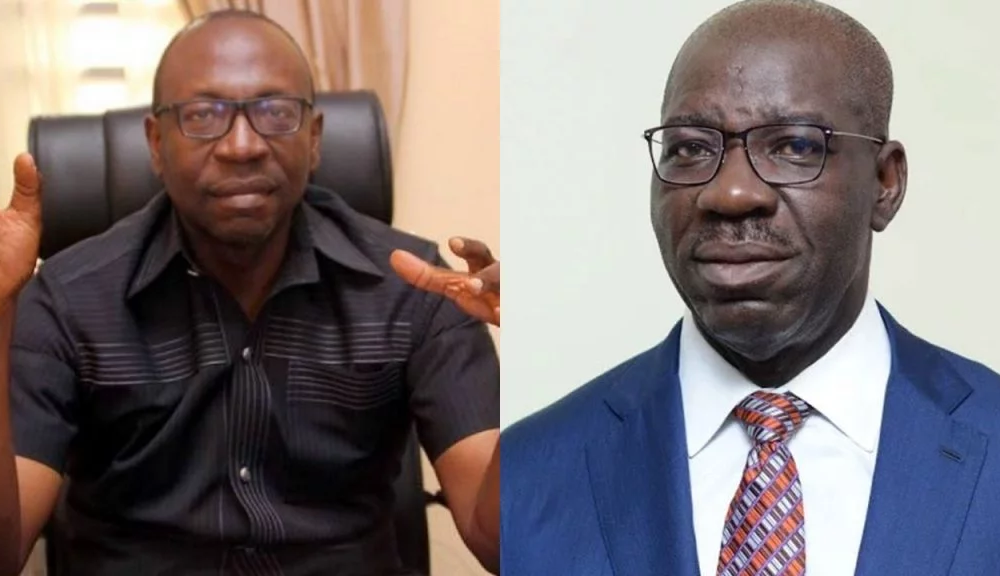 The Edo State Chapter of the All Progressives Congress,APC, has strongly condemned the alleged vandalism of its outdoor billboards and campaign posters by the Edo State Government, decrying the move as ‘an egregious escalation of abuse of office and disregard for the law’ by the Obaseki-led government.

In a press conference today in Benin City by the Vice Chairman on Media and Publicity of the APC National Campaign Council, Hon. Patrick Obahiagbon, the APC alleged that the Edo State Government embarked on the destruction and removal of its billboards at various strategic points in the capital city of Benin on Thursday, 16th of July, 2020.

Hon. Obahiagbon accused incumbent Governor, Godwin Obaseki of heating up the polity ahead of the polls with ‘reckless and provocative comments, media blackmail, and criminal actions of intolerance including the mass destruction of opponent’s campaign materials.’

He said: ‘This unfortunate and criminal action took flight on Thursday, the 16th of July 2020, when the Edo State Government expressly directed one Mr. Dave Giwa Amu who is parading himself as the Managing Director of the Edo State Signage and Advertising Agency to commence the immediate removal and destruction of our billboards.”

“It is pertinent to note that these outdoor billboards and indeed other campaign materials were duly paid for, designed and erected in full compliance with all legal requirements.”

“Furthermore, the Edo State Signage and Advertising Agency, purportedly led by the so-called Mr. Dave Giwa Amu, an avowed supporter of the incumbent Governor, Godwin Obaseki, is an agency that is yet to receive the assent of the Edo House of Assembly.”

“In essence, this agency, as of today, is unknown to the laws of Edo State and is visibly being weaponized by the State Government, an interested party in the election, to give itself an illegal, unfair, unethical, fraudulent advantage as we approach the polls.”

Hon. Obahiagbon described the alleged move of the Edo State Government as a new low and disclosed that the party, APC, has since forwarded a petition to the Commissioner of Police and INEC because it is convinced that the “act of intolerance, carried out with impunity, foreshadows what the Edo State Government has in store for the Edo voters and its supporters in the September 19 election.”

In the same vein, the Chairman of the State Media Campaign Council’s Sub-Committee on Outdoor Advert, Hon Chris Azebamwan, said the act was quite shameful for a government that parades itself as civilized, driven by order and decorum.